The company is emphasizing that, despite losing battle, it will not permanently shut down 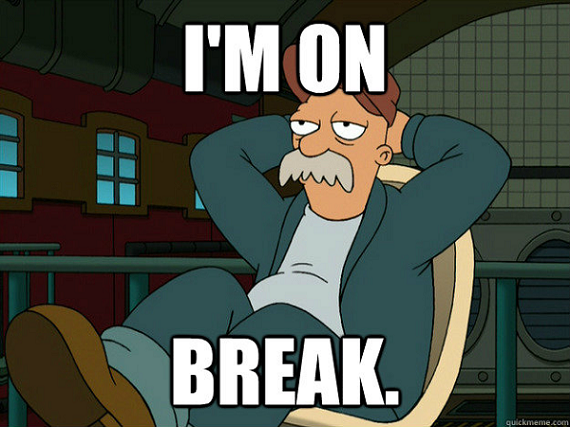 Earlier this week, when the Supreme Court decided that Aereo was close enough to a cable company that it violated the Copyright Act, it seemed like the end was near for the company. The company's CEO had  even said in the past that there was no "plan B" should the company lose the case.

Yet, Aereo is vowing to fight on despite the setback. It just is going to need some time to regroup, and figure out what it is going to do now.

So, for the time being, the company is taking a break, it revealed in a letter sent out to Aereo customerson Saturday morning.

"On Wednesday, the United States Supreme Court reversed a lower Court decision in favor of Aereo, dealing a massive setback to consumers," Aereo CEO Chet Kanojia wrote. "As a result of that decision, our case has been returned to the lower Court. We have decided to pause our operations temporarily as we consult with the court and map out our next steps."

Customers were able to access their antenna and DVR until 11:30 a.m. Eastern Time today. In addition, users will be refunded their last paid month.

The key word in Kanojia's letter is "pause," as an Aereo spokesperson made sure to point out to me. The company wants to make sure that everyone knows that it does have some life left, even if it was dealt a big blow just a few days ago.

"We want to emphasize that this is a pause, and that the company is not shutting down," the spokesperson said. "We want to encourage Aereo customers to keep their voices loud and sign up for updates at ProtectMyAntenna.org, as our journey is far from done."

Founded in 2011, Aereo is a Web platform that allows users to watch live TV on their mobile devices or computers. It grabs over-the-air TV signals, using tiny antennas, and routes them to users over the Internet, so that customers can watch broadcast TV whenever, and wherever, they want.

The problem is that Aereo does have to pay retransmission fees, which requite cable operators, and other distributors, to obtain permission from broadcasters before carrying their programming. Operators will often be asked to pay to carry the station.

The company tried to argue in front of the Supreme Court that its service differed from cable companies in one key way: while cable companies are constantly streaming, Aereo remains "inert" until the user decides to use it. It has maintained that what goes out over the air should belong to the people.

"The spectrum that the broadcasters use to transmit over the air programming belongs to the American public and we believe you should have a right to access that live programming whether your antenna sits on the roof of your home, on top of your television or in the cloud," Kanojia wrote in his letter today.

The court, however, decided that that "sole technological difference between Aereo and traditional cable companies does not make a critical difference," and so the service was actually illegal.

The service was available in New York, Boston, Detroit, Cincinnati, Baltimore, Atlanta, Dallas, Austin, Houston, San Antonio, and Miami, with plans to expand to multiple cities around the country, including Minneapolis, Denver, Pittsburgh and Washington D.C.