AnyPerk is an employee perks platform that partners with vendors like AMC, Avis and Match.com 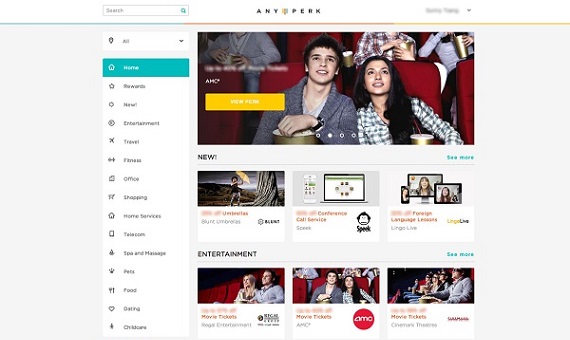 It seems like when you work for a giant company, such as Facebook or Google, there are more benefits than just the salary and the prestige of working there. They apparently also give you stuff, too. Like discounts to spas, and movies and gym memberships. Pretty sweet, right?

There are two inherent problems, though: first, most employees cannot keep track of that stuff. They have no idea what their perks are, or how to access them. And, second, it puts other employers who can't offer those same benefits at a disadvantage.

Those are exactly the two problems that AnyPerk, which provides a platform that provides employee perks and discounts to companies, is trying to solve. The company has raised an additional $3 million in funding, it was announced on Monday, The new funding came from Internet entrepreneur and venture capitalist Tony Hsieh; Tien Tzuo, CEO of Zuora; and Stephen Ross, Co-founder and Chairman of Vaynor RSE Ventures and owner of Equinox Gyms, among other high-profile investors.

This funding brings the company's seed funding round to $4 million; it previously raised $1 million from Andreessen-Horowitz, SV Angel, YCombinator, Digital Garage, Funders Club, and CyberAgent in March of last year.

What the company ultimately want to do is to make coming to work more enjoyable, AnyPerk CEO Taro Fukuyama told me in an interview. And making workers happy not only benefits them, but the company in the long run.

"The biggest problem, we believe, is that employee happiness is undervalued," he said. "Only 13% of employees say that they are happy to come to work."

An employee who is happy is more likely to be a long-term employee, Fukuyama explained, which then cuts down on the amount of money the companies have to spend on retention and recruiting. According to Fukuyama, for every $1 spent on benefits, companies see an $11 return. Overall, by using AnyPerk, companies save $33 per employee.

"We want to make coming to work as happy as Christmas every day. Employees work harder, and care more about company when they know the company cares about them," he said.

Currently, many of AnyPerk's customers are medium sized tech companies, those with between 50 and 500 employees. "They need to compete. When an employees ask, 'What kinds of perks do you have?’ they don’t want to say none," said Fukuyama

In addition, AnyPerk is also seeing some interest from some of the larger tech firms, who want to make the experience with their existing perk programs better. Many employees at these large companies get perks, but have no way to know what they are, or how to use them.

"They realize the experience is really bad and that they are losing people," Fukuyama told me. "The next few years going to be biggest years for AnyPerk."

Founded in 2009, AnyPerk has partnered with hundreds of vendors to provide employee discounts in spaces that include fitness, entertainment and travel, including Cinemark, Regal, AMC, Avis, Zagat, Homejoy, Match.com and Optimizely. The company recently teamed up with Lyft to offer such discounts on movie tickets, spa treatments, hotel packages, virtual assistants and visits to the vet.

AnyPerk will use the new funding to expanding its product suite, as well as increase the number of perks available on its platform. It will also be used for growing its sales, marketing and developer teams; the company currently has 35 employees, and Fukuyama says it could easily be 100 by the end of this year. And, finally, the funding will go toward build a mobile app to make delivery and redemption of perks even easier. 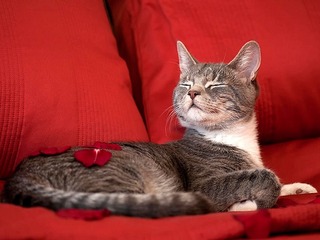