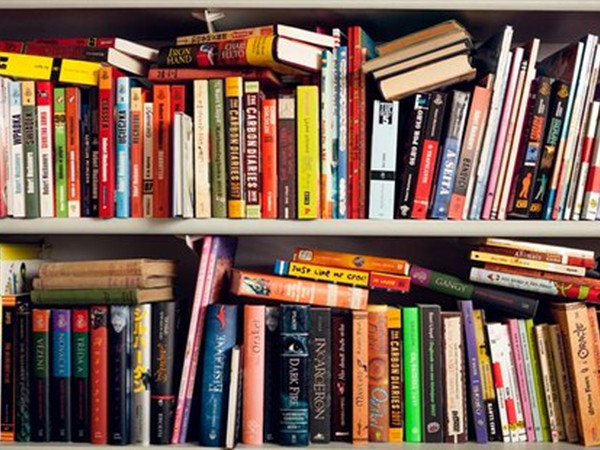 It’s a tale of two low-margin industries fighting to the death for the last crust of bread. Amazon and book publishing giant Hachette Book Group are in a battle royale over Amazon’s cut of e-book prices, and now the online retailer has gone all guerilla style on Hachette by holding its books hostage.

In a pretty passive-aggressive move, Amazon has removed the preorder option from a lot of forthcoming Hachette books, including the new J.K. Rowling book The Silkworm (which is being published under the pen name Robert Galbraith). Instead, Amazon is noting that the books are unavailable for preorder and is allowing customers to sign up for email alerts when the books are available. That’s despite the fact that Hachette says it has dutifully fulfilled every order Amazon has given the publisher. The problem, it said, is that Amazon is purposely withholding the new titles.

And in the world of publishing, preorders go a long way to boost sales and make it possible for books to land on bestseller lists.

Other Hachette books shipments are seeing inordinately long shipping times of two to three weeks. And still other books are being deliberately undercut—as in, Amazon is offering them at their full, undiscounted price, and then using banner ads (banner ads!) to suggest similar titles that are available at lower prices. (Dick move, Amazon.)

For debut authors, this kind of retailer/publisher feud can be devastating.

The fight is rooted in the price of e-books. Amazon and Hachette have been renegotiating Amazon’s cut in the wake of the government’s antitrust ruling against many publishers and Apple. Currently, publishers set their own e-book prices and retailers get a 30% cut, but any discounts the retailer offers will come directly out of their own profits.

Amazon wants a higher cut of e-book sales since e-books come with higher margins (no paper, binding, shipping, or warehousing costs) than paperbacks or hardbacks.

In Q1 2014, e-books made up 34% of Hachette’s U.S. sales. Hachette is known for its big fiction blockbusters by authors like James Patterson, Nicholas Sparks, Anita Shreve, Alice Sebold, and more. As e-books make up a significant portion of sales of such fiction titles, Amazon’s attempts to essentially withhold or block certain titles can have far-reaching impacts.

In 2012, the Department of Justice filed an antitrust lawsuit against Apple and several book publishers for working together and conspiring to set e-book prices. So far, the DoJ doesn’t seem to be doing anything to crack down on Amazon for violating antitrust laws.