Do either company truly hold the monopoly on books online that many publishers claim they do?

Back in 2003 at the launch of the experimental book search called "Google Print", later to be named Google Book Search, Google claimed it would be "interested in working with rights holders who own or control a "substantial" amount of content for inclusion in the Google Print program."

However we move forward to February 2009 and Google is having to pay out $60 per scanned book to authors and publishers, does this show progression for fair rights amongst publishers, authors and copyright holders, or is just the authors way of deviating, holding back the innovative minds at Google who are changing the way we view books and how we consume the information.

The Author's Guild, who are in charge of supporting and representing the rights of its 8,000 members are generally not looking favourably on the online publishing world, it has had it's recent gripes with the new Amazon  Kindle book reader for its text to speech functionality (ie the ability to read the book to you via audio. Could the once "democratic" society the Author's Guild created back in the 90's be creating a revolt against big time media companies such as Google and Amazon, have they really got true premise to contend that Google and Amazon are harming the book publishing industry much like the RIAA is attempting to do  with P2P companies and their users.

I mean, considering the fact that the biggest offline seller of books in the US Borders is facing huge financial issues, and the predictions that have been made that Amazon's e-Book business is going to make $2.5 billion in 2012, why should the Author's Guild be concerned about some minor issue of Text to Speech on the Kindle!

Report were emerging today from Arstechnica.com that  "Richard Sarnoff, chairman of the Association of American Publishers believed Google and  Amazon could be on their way to creating a duopoly", but he mentioned that the "competition that does occur will "emerge thematically." That is, rather than building another comprehensive book search engine, competitors will offer niche search engines tilted toward particular industries, such as medicine."

In my opinion it shows positive progress towards a more universal series of tools which will helps students and academics alike gain a much wider breadth of knowledge, it should be noted that if Google and Amazon stuck truly to what they had started creating and allowed other companies to enter the book search market with niche search engines then there would be a much wider field of play which would benefit many more users. Google and Amazon both respectively understand that they don't need to contend overpowering these smaller companies in the book search market, because both Google and Amazon are making enough financial gain in other areas of their business.

In theory to conclude can we truly imagine a life without a physical paper book to hand in the airport, on the beach on holiday, or just relaxing in our back yards. For some, the answer would be an unanimous no, but how many of those people would truly believe that it would last forever, that the publishing of books would remain in paper form, I for one am incredibly excited about the advances the digitial publishing world are making, and I encourage each and every one of you to truly consider the switch! 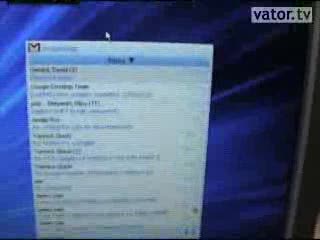