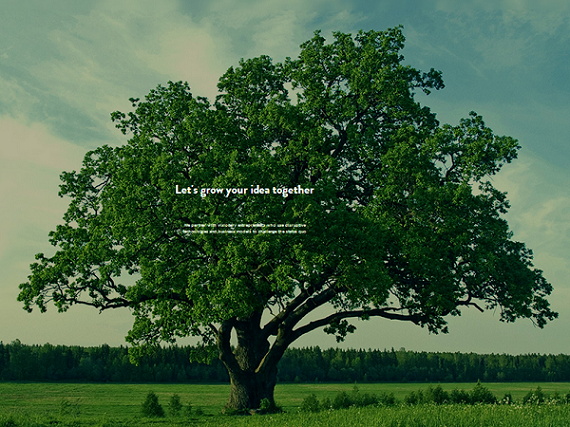 There are tech hubs in sectors all around the country, even in places that not everyone would expect. We all know that Silicon Valley, New York, Boston and Chicago have strong ecosystems, but one that you don't hear much about is Texas.

Turns out that there is a lot of activity, and money, flowing through the Lone Star State. Now one firm has raised the largest pool of capital for early-stage technology companies that the state has seen in over five years.

LiveOak Venture Partners, a Texas-based early-stage venture capital firm, announced on Wednesday that it has closed its inaugural fund raising of more than $109 million.

The firm will use the money to fund between 15 and 17 Texas-based companies in the next three to four years, Venu Shamapant and Krishna Srinivasan, two of LiveOak's founders, told me in an interview. The investments will be in the IT and technology-enabled services, and the firm will put roughly $6 million to $8 million in each one.

LiveOak raised the first half of the fund in December 2012, and used it to make five investments over the past year and half.

A $2 million Series A investment in Disco, which makes e-discovery software that helps lawyers find evidence faster; $4 million in Series A funding in StepOne, an adaptive self-service company; a $1 million seed round in Written, an audience development platform for content marketing; an undisclosed amount in NSS Labs, a test-based research and analysis of information security products; and $5 million in Veros, the developer of an industrial monitoring solution.

LiveOak's investments are driven by four factors, Shamapant told me: the technology, in which the first wants to leverage information tech. The stage, which is early and LiveOak wants to be the first institutional funding. The geography, which means funding start ups based in Texas; and the last piece is being actively involved in the companies by always taking a board seat.

Shamapant, Srinivasan, and the firm's third founder, Ben Scott, have been employing this same strategy for the last 15 years, Shamapant said.

The other key to what LiveOak is doing is to try to build Texas into a thriving tech ecosystem.

"The Texas market is the most supply rich, but also the most capital constrained, market," Srinivasan said. "It has the fundamental building blocks to grow that opportunity. Texas second largest tech supplier, and the second largest macro economy, in the country."

When I mentioned to Shamapant that I had not heard anyone talking about Texas as a tech hub, he said that was the "unfortunate problem" with the area right now.

"If you look at Texas, the interesting thing is that its the second highest tech employer  in terms of tech jobs, and the University of Texas is one of the top three researcher schools in the country," he said.

Part of the reason that the state is so often passed over is that it tends to churn out enterprise companies, which Shamapant said have overshadowed by consumer markets in other cities.

"New York has made big name in consumer companies, which are more splashy," he said. "Enterprise companies are like sleeping giants. They are not household names but they are sizeable companies."

In fact, he told me, he thinks Texas is already on par with other ecosystems, like New York, because it has multiple major cities, as opposed to just one: Austin, which has made a name for itself in enterprise software; Houston, which is very strong in both energy and healthcare start ups; and Dallas, which has the highest concentration of Fortune 500 companies.

The three founders of LiveOak have a combined 40 years of venture capital experience, and, together, have created more than $1.5 billion of enterprise value from invested companies over the past 10 years.