Meet Bluescape, the next generation of collaboration

I was able to try Bluescape, which provides a real-time, cloud-based visual collaboration workspace 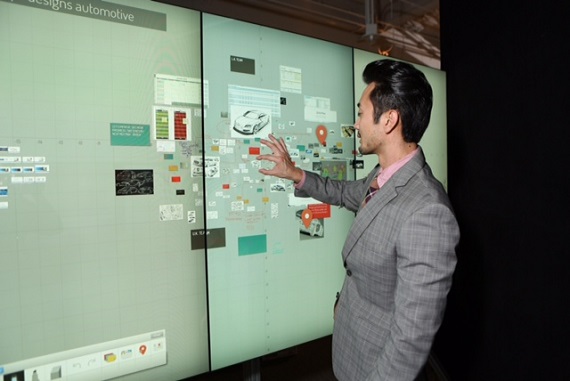 The proliferation of the cloud has done wonders for workplace collaboration over the last few years. There are a ton of services from Google Docs to Box to Dropbox to countless others that have made the process of sharing work easier than it has ever been before.

But there is one key aspect that those other companies are missing: they aren't visual. What I mean by that is, if I am sitting at my desk, altering a photo that will appear on the website, there is no way for my co-workers on the other end to see the work I'm doing until I finish it and then send it over to them.

Then they do their work and send it to me, and on and on we go. Not exactly a quick way to work, nor a particularly exciting one.

There really is something to be said about being able to collaborate, in real time, while working with any type of media, be it a picture, a video or a website. It makes the collaborative process not only smoother, but faster.

A few days ago I was able see a demo of the technology, given to me by chief technology officer Demian Entrekin, and to play around with it a bit. It's pretty impressive, and also fun to play with.

First, let me explain how it works: Bluescape provides each of its customers with a certain number of high resolution, multi-touch, screens, which can be mounted anywhere. Users can user their fingers to rearrange the objects on the screen, or zoom in and out. They can also use a stylus pen, to write, draw or annotate images on the screen.

Having tried it out, the mechanics of it are simple: use a single finger to move thing around on the screen, while using five fingers to zoom in and out. Entrekin told me that the company is thinking of making it possible to zoom with one finger as well.

The stylus pen is a cool addition, as it allows the users to become even more creative. For example, if there is a photo for a fashion magazine of a model wearing white boots, a person could color her shoes any other color to see how it would look.

The Bluescape demo had a total of nine screens put together, making it so that the entire wall was filled with content. It was almost futuristic, but that will likely not be the case for many of Bluescape's customers.

The companies will get a certain number of screens depending on the plan they get. For example, the smallest plan gets two screen, and so the company might only use one in a single location, and the other in a separate location.

It really depends on how much content there is to display, Entrekin said, but no matter what they will never run out of workspace, as they are granted total 160-acres to fill.

The service is cloud based, and can be accessed on any iPad or computer by anyone who is given access to the files.

The point of Bluescape, Entrekin told me, is to enhance workplace effectiveness in a way that has never been done before.

"Most advancements in this space are still extensions of the telephone, because they are still person to person," he said. "We don't need another one of those. What we need is content oriented communication."

Many companies have been crying out for such a service for a long time, but it never happened, for a few reasons. First, the technology was not there yet, but it is now because of the rise of the cloud. In addition it has also become the right time now because of the rise of telecommuting, which grew nearly 80% from 2005 to 2012, according to GlobalWorkplaceAnalytics.com. 2.6% of the total U.S. employee workforce now considers their home to be their primary place of work.

That has give people a greater need for this type of service, where they can work together seamlessly.

Obviously this is just the beginning for Bluescape and its technology and the company is already thinking about ways to improve it. One of those idea is adding a visual and audio component, so that workers can also see and hear each other while working together, though Entrekin made sure to point out that those aspects will be "nuanced," meaning they "will surround you," and will not be front and center on the screen itself.

In addition, the company is planning on developing an SDK to allow developers to write their own applications to run on the platform.

Founded in 2012, Bluescape had five early adopters for the service, and has many more in the pipeline, Entrekin said. He would reveal how much money the company had raised, but said it all came from Haworth, the Michigan-based furniture company that owns Bluescape in a joint collaboration with Obscura Digital. 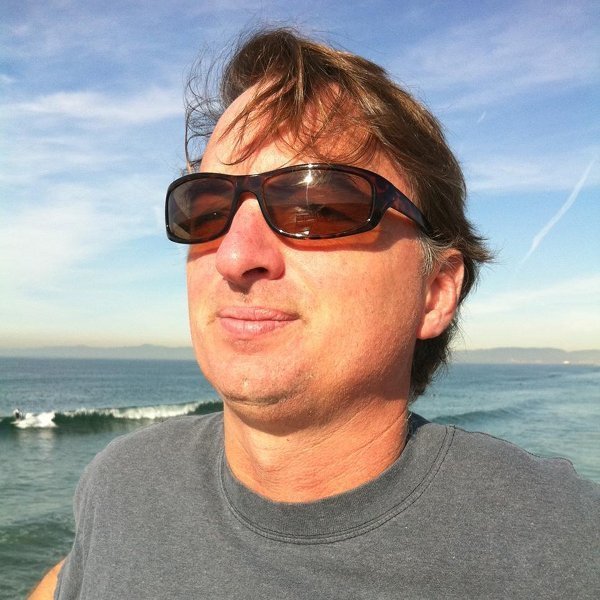