How successful are the top accelerators?

TechStar grads have raised $571M in funding, while Y Combinator alumni combine for $20B valuation 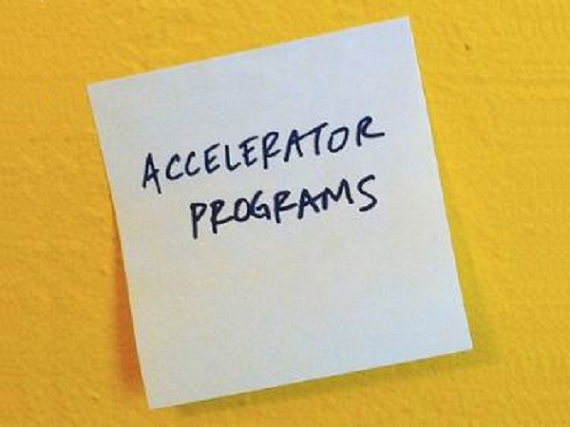 It was a good way to see which cities both at home, and abroad, were becoming tech hubs, with their own ecosystems and startup communities to rival Silicon Valley.

But the next question is: just how successful are these accelerators and incubators? Do they actually churn out companies that become notable and disruptive?

Well, there is an easy way to find out: to look at their graduates, how much they have raised and/or how much they are worth. We picked a few of the top accelerators in the country to take a deeper dive.

Techstars, for example, has graduated a total of 292 companies, of which 223 have received a total of $571.8 million. 230 of its graduates are currently active. Another 30 have failed and the other 32 were acquired.

Its companies average over $1.6 million in outside venture capital raised after leaving. The average valuation for Techstars alumni is $4.3 million, or a total of $1.5 billion, the accelerator revealed to me,

TechStars founder David Cohen will be a keynote speaker at our Splash London event on June 19. We're taking applications now to get the top 10 pan-European and London-based startups in front of him and top VCs. Apply here.

Meanwhile, 500 Startups has graduated over 250 companies from nine cohorts. Of those, none have IPOed, 10 of them have been acquired, and 50, or 20% of them have failed.

The Mountain View-based accelerator gives $50,000 for 5% equity. The accelerator also participates in follow-on investments up to $200,000 for startups that are doing well.

The total value of those 250 graduates is $1.25 billion, for an average valuation of $5 million per company, Dave McClure, founding partner of 500 Startups, told me. That is about a 5 times increase from when the accelerator invests. The total raised for its graduates is roughly $200 million.

Those six companies alone above have raised $1.1 billion.

The Mountain View-based accelerator gives startups a seed investment of up to $20,000 in exchange for a 2-10% stake in the company.

What does failure mean?

Now let's take all of those numbers together and add them up.

The three accelerators have funded 1,172 companies, which have a combined valuation of $22.75 billion, and total raised of $2.78 billion.

Only 80 of the companies that came out of TechStars and 500 Startups have "failed." Now, for the sake of comparison, it should be noted that what TechStars considers to be a failure is not the same as 500 Startups.

For TechStars, a "failure" is a company that has ceased operations. If it still operating, but has not raised any money, then it has not failed according to that standard.

500 Startups, on the other hand, doesn't just count companies that no longer exist, but also those with a return on investment that is valued at less than 1X. That includes companies with below 1X value acquisitions, "zombie" companies, which are still alive but with little chance of a greater than 1X exit.

Obviously any accelerator program is going to have both failures and successes, but, as you can see, each of these programs have already churned out some very successful companies, with a huge success rate.

Taking a look at the numbers, its hard to see these programs as anything but a success.

(Editor's note: On May 6-7, we'll take a look at accelerators (new and old) at our upcoming Splash Oakland event to learn what's working and what's not and some of the new strategies appearing. We'll have the founders and managing directors of StartX, Alchemist Accelerator, Berkely Skydeck, and SfunCube. Check out the event here.)

Weebly is the easiest way to create and publish a website online.

Adding Content
Content elements, such as videos, pictures, maps, and text are added to your website by simply dragging them from the Weebly bar to your webpage. We have a bunch of cool elements and add more all the time. Are we missing an element you'd like? Suggest it, and we'll include it as soon as we can.

Choosing a Design
Deciding on a look for your website couldn't be easier. Click over to the "Design" tab and you'll see thumbnails pictures of available designs. Hover your mouse over a thumbnail to preview the new look instantaneously or click the thumbnail to select it as the design for your website.

Customizing the Content
Once elements have been added to your page, customize everything just by double-clicking. Double-click a picture to upload a new one, double-click text to change it, or double-click a map to set the address. Rearrange the elements by dragging them into an new order.

Managing your Pages
Adding and organizing your website's pages is completed in the "Pages" tab. When you add new page to your website, it's automatically added to the navigation bar. Reordering pages is simple, just drag and drop them into place.

DailyBurn is the premier fitness tracking social network.  We help people meet their health and fitness goals by finding workout programs, tracking food and nutrition, and connecting them with others for motivation.

Socialthing! was acquired by AOL in 2008, according to the TechStars blog.

Socialthing! is a Boulder, CO based company that is finding new ways to interact with your friends online.Simplifying the management of sites and services that you already use like blogs and social networks, socialthing! synchronizes your personal information, content, and friendships so that you can post this information across the social web, as opposed to just having it contained in a single site.

All your cloud billing in one place.

Cloudability gives you a comprehensive billing view for all the services you’ve got running in the cloud. Add your cloud accounts, set budget limits, and choose notification preferences to take control of your budget.