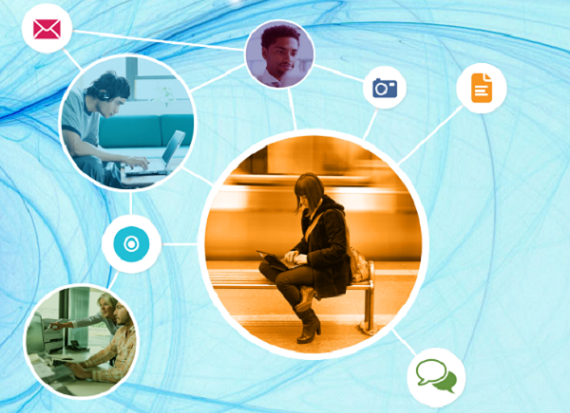 My mother works in education and I talk to her all the time about what I think is wrong with the education system in this country. To me, its not what kids are learning, its how they are learning it. They learn data, but not how to apply it to anything, and they are all expected to learn in the same way. It just doesn't work like that,

Social learning platform Declara wants to transform how people learn, but not when they are in schools. It is designed for people who have already begun their careers, but still need to hone their skills and master new ones.

The company has just closed $16 million in Series A financing, it was announced on Wednesday. The round was led by GSV Capital, with Data Collective, Founders Fund and Catamount Ventures also participating.

It was also announced that Mark Flynn, co-managing partner of GSV Asset Management, will be joining the board of directors at Declara.

Founded in 2012, Declara is focused on developing technology for personal learning. It provides provides "a continuous learning platform" for adult learners, based on the premise that learning does not stop once you stop going to school, Ramona Pierson, CEO and co-founder of Declara, told me in an interview.

The platform combines semantic search, predictive analytics and machine learning to generate the right content, at the right time, for specific individual, in order to make learning more personalized.

To get that content, it uses a person's interactions with informational data, including blogs, web sites and documents, as well as social data, such as tweets and Facebook posts, in order to create what it calls a "CognitiveGraph," which gives every individual their own personalized learning path.

In addition, the platform can actually learn about the individual, including their learning patterns, to help them expand their skills by connecting them to a either a colleague, a post, a blog, a publication or an expert.

For example, Declara was used in Australia, when it was rolling out "the world's most complex curriculum to diverse educators across many different regions," Pierson said. The platform is able to help connect people, identify experts and find holes where people would not normally seen them in the curriculum.

In another case, the platform is being used in Chile to help teachers, peer mentors, and students collaborate and learn by creating Massive Open Online Courses (MOOCs) that is aimed at setting a specific standard.

The idea is that giving each individual a better way to learn will benefit the entire organization by making people more collaborative and productive.

While it currently works within organizations, and government agencies, the company wants to eventually move toward a consumer-based approach, where people will have access to a "continuous lifelong learning platform," said Pierson.

That platform, she said, would be like "Facebook, LinkedIn and Google all merged together,," synthesizing everything that they need.

"Right now, people put CVs up or collaborate on social network. But what if they want to level up, to get to next job? How do you do that?" said Pierson. Giving individuals the chance to have a personalized learning platform will ultimately helps organizations remain competitive going forward.

"Learners in dying industries will now have an option, and those companies need to get people who have the best capabilities."

Declara is currently being used in the United States, Chile, Mexico, and Australia, and is about to close in Puerto Rico. The new funding will be used to expand to new territories, including Brazil, as well as to get a foot in the door in Singapore in order to push into Asia.

In addition, the new money will also be used to hire more data scientists and developers, as well as to build out its business development and sales team. The company currently has 58 employees, and expects to have 20 more by the end of the year.