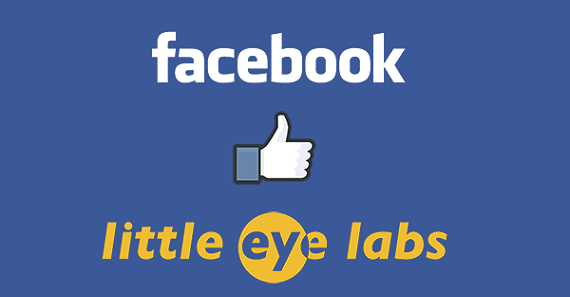 Last month, reports surfaced that Facebook was looking to buy its first startup based in India, and was specifically looking at Little Eye Labs, which provides performance analysis and monitoring tools for Android developers.

Neither side would verify the reports at the time, but now Little Eye Labs has finally confirmed in a blog post on Tuesday that the deal has gone through.

"Today, we're very excited to announce that Facebook is acquiring our company. With this acquisition, Little Eye Labs will join forces with Facebook to take its mobile development to the next level!," Little Eye Labs wrote.

"This is Facebook's first acquisition of an Indian company, and we are happy to become part of such an incredible team."

No financial terms of the deal were disclosed, though TechCrunch is reporting that it is worth between $10 and $15 million. VatorNews has reached out to both Facebook and Little Eye Labs to confirm this number, and we will update if we learn more.

As per the deal, the entire Little Eye Labs team will be coming to work at Facebook's Menlo Park office. It sounds like the Little Eye service will eventually be shut down, as the company says that it plans to offer a free version of Little Eye until June 30, 2014.

As part of Facebook, the company said, "we'll be able to leverage Facebook’s world-class infrastructure and help improve performance of their already awesome apps. For us, this is an opportunity to make an impact on the more than 1 billion people who use Facebook."

Founded a little over a year ago, the Bangalore, India-based Little Eye Labs builds mobile app analysis tools for app developers and testers on Android.

It provides developers with Insights, which help them optimize their app’s resource consumption, including memory issues, battery drain, excessive data usage and frequent crashes. And it also gives a Performance Score for the app.

The services provided by Little Eye Labs fits in with Facebook's efforts to help developers test out service on Android.

Last summer, Facebook introduced Android beta testing program to allow its users to test out products before they were released and let the company know about any problems they were experiencing.  And it was a big success: in the first four months, the program saw over 1 million daily active users from over 150 countries.

In October, Facebook introduced an Alpha testing program, to give users the chance to test things out even earlier.

Buying Little Eye Labs also gives Facebook a foothold in India, a country where it is seeing its userbase grow quickly.

As of June of this year, Facebook had 82 million monthly active users in India, 62 million of whom were on mobile, according to the Times of India.  Facebook's Indian MAUs grew roughly 5%, year to year, from the 72 million it had in June of 2012. And it is only going to continue to grow over the next few years at least.

In fact, it is expected to develop the largest Facebook population of any country in the world by 2016, surpassing the United States, according to a report from eMarketer in November.