It's the second crash in a month, and this time it was during the most watched season premier ever 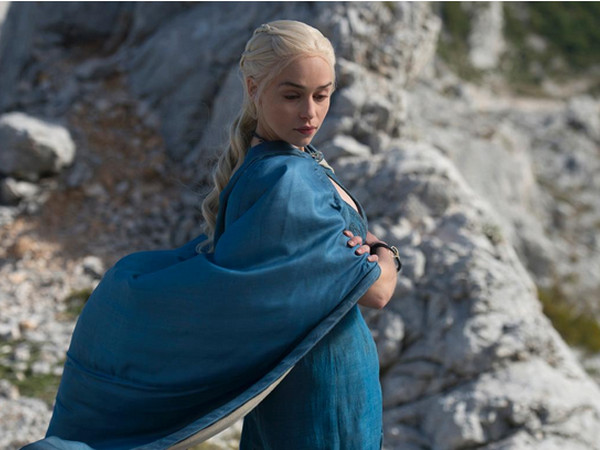 HBO has a problem. Or rather, HBO Go has a problem. Despite being a company that raked in $1.6 billion in the fourth quarter of last year with margins that vie with Apple for awesomeness (33%), it just can’t seem to get the whole tech thing figured out.

Last night was the season premier of “Game of Thrones.” You know this because every other tweet in your Twitter feed was about how the next 12 hours are completely useless to so-and-so while she waits for GoT to start, or how the next eight hours are going to be the longest in so-and-so’s life while she waits for GoT to start. And wouldn’t you know it, millions of people’s lives took a catastrophic turn for the mundane when the HBO Go app crashed. Again.

You might recall that the same thing happened just last month during the season finale of “True Detective.” That had people pretty righteously pissed off, and after the crash, Time Warner CEO Jeff Bewkes told investors at Deutsche Bank's Media, Internet and Telecom Conference that improving the technology around HBO Go would be a “top priority” for 2014.

Sooo, maybe HBO execs simply couldn’t foresee how many people would be borrowing their friends’ passwords and tuning in via HBO Go to watch the season premier of “Game of Thrones,” because the app was so quickly overwhelmed that a large number missed the show entirely.

Those numbers don’t even include the people who attempted to watch the episode via HBO Go. Considering the fact that HBO Go is the only way some of us can legally pirate “Game of Thrones,” it’s understandable that the Internet retaliated with no holds barred, with a large number taking to Twitter to air their complaints via not-very-funny “Game of Thrones” references. 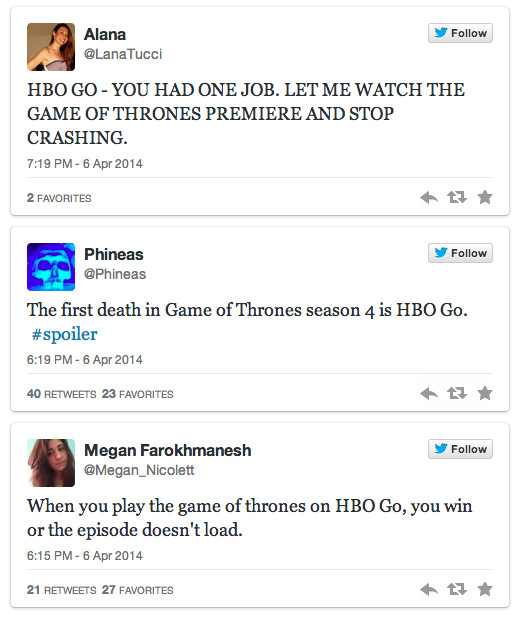 So HBO apologized via several of its own not-very-funny “Game of Thrones” reference. 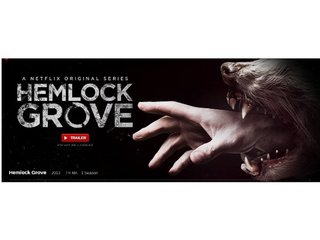 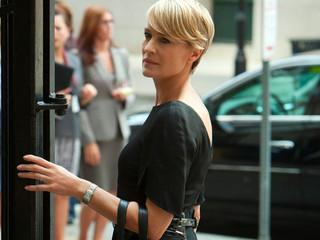