Twitter and Kantar also team up to push TV ratings to the Nordics, Russia, Africa and Southeast Asia 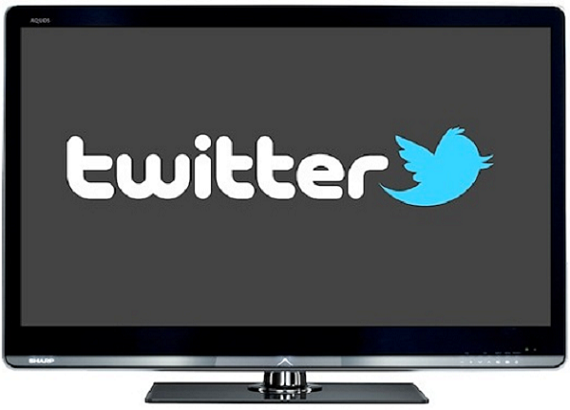 I have written extensively about Twitter's efforts to break into television, and its plan to gain access to TV ad dollars by courting it as a second screen. On Monday, those efforts went into overdrive, resulting in two acquisitions, as well as a big new partnership to push its TV rating systems to territories all over the world.

It was obviously a big day for Twitter, so let's start with the acquisitions and then go to the partnership.

Twitter picked up two television analytics companies on Monday: Mesagraph and SecondSync, each company revealed in a message on its homepage. The terms of both deals were not disclosed.

Mesagraph is a French real-time search and discovery platform for social media. The company says that it "unlocks the value of social media to help organizations and individuals make faster, better decisions."

The company has partnered with TV networks that included Canal+, France Télévisions, M6, TF1, as well as measurement companies like Médiamétrie and marketers like Microsoft and Mediabrands.

"Over the past couple of years, Social TV in Europe has grown up very quickly. Mesagraph has been at the forefront of innovation and we had an amazing time developing a strong platform to provide advanced analytics that reflects how people engage with TV shows and brands to the TV ecosystem," the company said.

"As part of Twitter, we will be working closely with TV networks, agencies, advertisers, producers and integrators to help those partners make the most out of Twitter."

It was revealed that the Mesagraph team will be joining Twitter UK in London, which makes it sound like Mesagraph itself will be shutting down.

SecondSync, meanwhile, is a provider of social TV analytics solutions to the UK TV and Advertising industries.

"Twitter is the only place that hosts a real-time, public conversation about TV at scale," the company wrote. "By joining Twitter, we will be able to help take that experience, in concert with the rest of the TV ecosystem, to the next level —particularly in markets outside the United States."

The company says that its current UK product "will continue to be available for an interim period," which makes it sound, much like Mesacamp, that this is an acqui-hire, and that SecondSynch will eventually no longer be in operation.

In addition to gaining the advantage of SecondSync's expertise in analyzing UK's television shows, it also allows Twitter to step on Facebook's toes a little bit.

At the end of January, SecondSync and Facebook formed a partnership that extended SecondSync's platform to "anonymised interactions from the Facebook platform," making it the only company worldwide with this capability. Something tells me that Facebook is no longer going to be too happy with SecondSync having access to its data now that Twitter owns it.

Beyond that, though, it makes a lot of sense for Twitter to buy up these companies, especially given the above-mentioned partnership it made on Monday.

Back in October Twitter started releasing weekly television ratings reports in conjunction with Nielsen, in order to give advertisers a clearer picture of how each show was doing on the network. The Nielsen Twitter TV Rating (NTTR) system gives advertisers new insights into what shows are trending on Twitter by showing them how many tweets, and how big the audience for the show is on the social network.

Last week it was announced that these reports would be expanded to Australia, and now Twitter has made a deal with Kantar to bring its TV ratings to the Nordics, Russia, Africa and Southeast Asia.

Twitter is obviously looking to expand its TV ratings capabilities all over the globe. By purchasing Mesagraph and SecondSync, it now has employees that have specialized in gleaming such analytics from France and the United Kingdom.

In addition, Twitter will also be working with Kantar on a program called “Data of Now,' which will "apply Twitter’s public, real-time data to new research products in advertising effectiveness, consumer insight, brand equity and media measurement."

VatorNews has reached out to Twitter to find out more about the future of both Mesatech andSecondSync. We will update if we learn more.

Media and Marketing Research Sector of Kantar Group, a division of WPP Group.