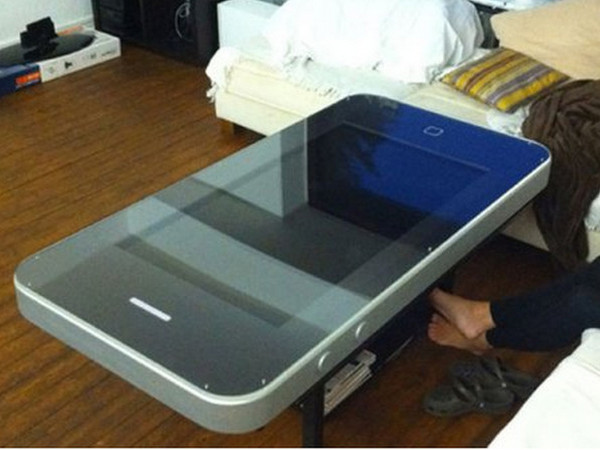 Rumors of an iPhone 6 with a bigger screen have been all over the Web for months. Currently, the iPhone 5 and 5S have 4-inch screens, but a new report from Nikkei Asian Review states that a larger iPhone 6 is slated for release in September.

The new iPhone will come in two sizes—a 4.7-inch screen and a 5.5-inch screen, which is in keeping with a report Taiwan’s DigiTimes last December. Nikkei also reports that the new screens will have even sharper resolution.

Those are some big ass screens, but will they hurt or help Apple’s case? On the one hand, it could drive a significant upgrade cycle among existing users—and it could even draw away Android and Samsung devotees who prefer larger screens.

Toni Sacconaghi of Bernstein Research estimates that a full 25% of the iPhone’s bill of materials is determined by the size of its screen. Thus, if a 4.7-inch screen has a screen size that is roughly 30% larger than Apple’s previous iPhone models, that could put significant pressure on Apple’s gross margins. Sacconaghi and team estimate that a 4.7-inch screen alone could negatively impact Apple’s EPS by as much as 10%.

“We believe one of the main reasons that iPhone 5 gross margins have remained in the mid- to high-40s versus the mid- to high-50s of previous product cycles is the larger form factor and more complicated screen. Components such as displays, cover glass and casing are priced in proportion to surface area,” wrote Sacconaghi in a research note.

In order to avoid losses, Apple would have to sell an additional 20 million iPhones—which might actually happen.

Analyst group ISI said earlier this month that the release of two new iPhones this year (referring to the 4.7-inch phone and the 5.5-inch phone) would catalyze “the mother lode of all Apple upgrade cycles.” The group estimates that Apple currently has 260 million installed iPhone users, with over half of iPhone sales today going to upgrades.

Apple has also been rumored to be working on a larger iPad that it may debut some time this year. 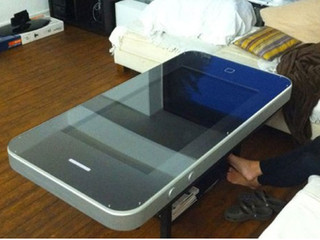