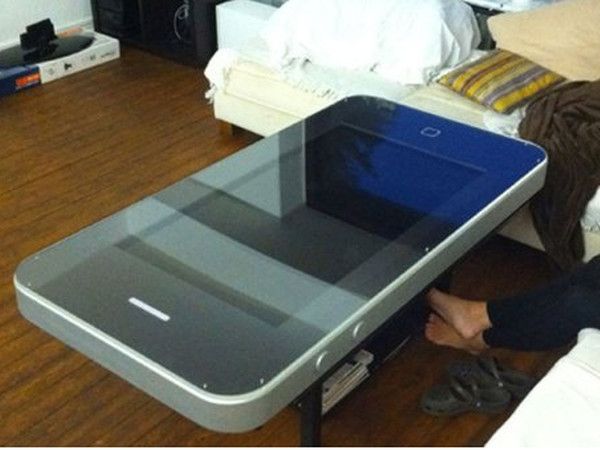 The larger iPhones will use a 20nm processor manufactured by Taiwan Semiconductor Manufacturing Company, DigiTimes’ sources said. No word on what size. According to Bloomberg, Apple is working on two new iPhones with 4.7-inch and 5.5-inch screens. Lordy!

DigiTimes is also reporting that Apple is working on a 12.9-inch iPad. Why? WHO KNOWS.

Actually, word on the street is that Apple is looking to target the North American education market with the larger-than-the-average-bear tablets. The larger iPads will be manufactured by Quanta Computer, and rumor has it that Apple is actually tossed up between a 12.9-inch iPad and a 13.3-inch iPad, but sources told DigiTimes that Apple is expected to decide on the 12.9-inch tablet.

Whatever the size, the larger tablet is expected to be revealed in October 2014.

Samsung is also expected to release a larger tablet—a 12.2-inch Galaxy Note 12—some time in early 2014. Some rumors had suggested that Samsung would unveil the tablet in October, but that obviously didn’t happen, so now word has it that the 12.2-inch tablets will enter mass production in late 2013 (right now).

Rumors of a larger iPad started surfacing this summer, when the Wall Street Journal reported that Apple was testing an iPhone with a larger screen and a 13-inch iPad. But the WSJ reported at the time that a larger iPad may never actually be released.

The Apple rumor mill has been in full swing the last few weeks. Earlier this month, the company was said to be working on curved iPhones, and it was also issued a patent for a process to create curved touchscreens.

Apple won’t be the first on the curved touchscreen scene, of course. It will be contending with Samsung’s concave Galaxy Round and LG’s flexible phone G Flex (which can actually be forcibly flattened without breaking).

Bloomberg’s sources say that the curved iPhone would differ in that the glass would curve downward at the edges. So it sounds like it will be more convex than concave, which sounds…awkward to hold. The touchscreens would also feature more sensitive sensors that will be able to detect varying degrees of pressure. Sensors that can distinguish between heavy and light touches may also be incorporated into future models.

Tim Cook sent out a memo to Apple employees today that indicated that big things are on the horizon for 2014. 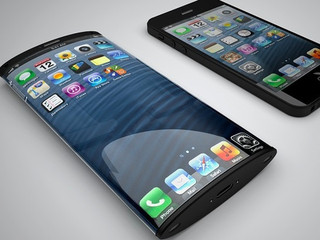