Twitter users tend to form different kind of groups, shaped by the topic and influencers 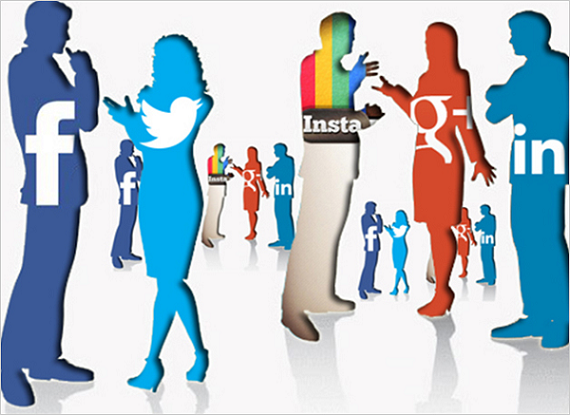 Ever since the advent of social media, we've been told over and over how it is going to change the way we communicate with each other. The question is, though, whether or not that has actually been the case.

It’s easy to say that, in some ways, it certainly has. It has allowed people to more easily find, and talk to each other, even if they haven't seen in each other in years. In other ways, though, it has simply allowed people to transfer their regular communication patterns over to a larger platform.

A new Pew report, done in conjunction with the Social Media Research Foundation, looked at thousands of conversations across Twitter to see how people formed groups on the network.

In all, people seemed to form six distinct types of crowds, which seems to conform with how people tend to communicate in the real world.

"These structures show how networked learning communities function and how sharing and mutual support can be facilitated by social media," the report said.

"There are still institutions and topics that command mass interest but do not lead to the creation of connected conversations in a group," said Pew.

What does all this mean?

Ok, so... what should we take away from all that?

"The main thing is that people communicate with each other on Twitter in different ways. Collectively, they form distinct and different patterns," Marc Smith, Director of the Social Media Research Foundation, told me. "They have consequences that tell us about the nature of those conversations."

It is essentially mapping social network conversations, he said, comparing it to a photographer going out and taking pictures of people. Like in that case, you find "sorting and clear examples of different types."

Once people can see the crowd shapes, then they can begin to realign them to their liking.

An obvious beneficiary from this type of data would be brands and advertisers, who would only want to target select audiences, and could manipulate these types of conversations to get people to react them way that they want them to.

Another potential use could be from advocacy groups, who want to shape their outreach to those who are influential in shaping messages through out the network.

"For anyone who wants to use social media tools strategically, having this map will be useful," said Smith. "They can waste less time, because they will know how to get there."

When I asked if anything about the findings surprised them, Smith said he thought there would actually be more groups, though he noted that there are more potentially out there.

For Lee Rainie, Director of Pew Research Center's Internet & American Life Project, the results showed that social media has not really changed the way we communicate all that much.

"There has been a lot of commentary about rise of social media, and how it elevated ordinary folks to be broadcasters," he said. "In fact, one of the striking things to me, particularly when you look at brand clusters, is that the obvious, traditional, and powerful organizations and people still have very large voices."

"What they say matters, is repeated and displayed out into other kinds of communicates," said Rainie. "The rise of social media hasn’t necessarily changed everything, just created new opportunities for important actors to make their mark."

One of the most important things about this study is not just the results, but how they were obtained.

NodeXL then generated network visualization maps along with reports that highlighted key people, groups, and topics in the social media discussions.

This is different from previous Pew reports that have relied on traditional methods, like surveys and focus groups, Rainie told me.

"These will still be benchmarks for Pew, but now we have new tools to analyze our data," he said. "The creation of these maps compliments, and supplements, those methods."

They chose Twitter first, “because it is more open and public," said Smith.

"It leads Facebook in having a cultural impact and shaping headlines. 15% to 18% of the U.S. population is now Twitter users. That is a fraction of what the Facebook user base is, but I think the Twitter population is more of a media professional population."

For Smith, the excitement over this new tool comes from being able to show people where they are on the social media map/

"It makes the landscape of social media more visible. We live in it, and on it, but we don’t see it with this kind of overview," he said. "There is almost no part of social media that is mapped. We just at the beginning of doing this."