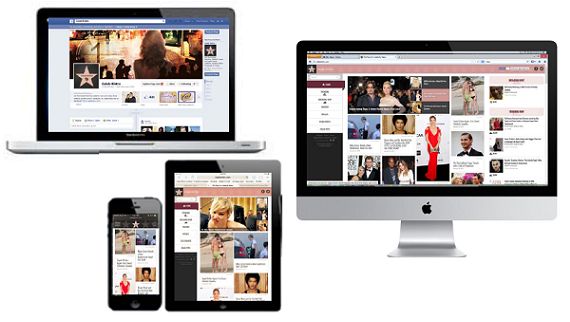 Social media has been a boon to advertisers over the last few years. Not only does it give them a whole new platform to reach out to customers, both existing and new, but also it can use information that is voluntarily supplied by those people themselves, in order to target them with almost surgical precision.

There are now numerous ways that advertisers and brands can rope people in, including native advertising, which a relatively new way to target customers online. It involves publishers and brands coming together to create articles, with original content, that will help to promote those brands to the right people.

One company in the native advertising business is MobSoc Media, which announced both a new native digital publishing network, along with a new funding round, on Tuesday.

The new network will consist of 35 digital destination sites, each with a mobile, a social and a Web presence. They will span across four verticals: entertainment, sports, technology and lifestyle, with topics that include celebrity news, anime, NASCAR, NFL, travel, food, politics, cats, Android, iPhone/iPad and Kindle.

"We have trained people to not look at banner advertising," Jasmine Kim, CEO of MobSoc, told me. "Click through rates and effectiveness are becoming very low."

That has resulted in brand marketers looking for new ways to find audiences, and turning to native advertising.

"They are looking for the holy grail of marketing, where the exact audience is going to be open to, and engaged with, the message," Kim said.

In conjunction with the launch of the network, the company is also revealing that it has raised its first round of funding, $5 million from James Altucher, as well as Lou Kerner of the Social Internet Fund.

The money will be used in large part to expand the team, Steve Wick, founder of MobSoc told me.

"We will spend the money on connecting the product, sales and marketing, and targeting brand marketers who are looking for higher engagement rates using native advertising," he said.

MobSoc works directly with brands to create sponsored content, and leverage the fans of that brand. It does by crowdsourcing trending and popular content online, including social media sites.

The company uses technology called Social Rank in order to find out what's trending. The service leverages crowdsourcing, enables users to easily discover the most popular and trending content in areas they care about and engage with like-minded people.

This results in a site that has amassed not just a large, but also a highly targeted and engaged, audience.

Of course, this raises some questions about the content itself, including how much of a say the brands get over what is and is not published, as well as how identifiable the articles are as advertisements to those who read them.

"MobSoc keeps editorial control," Steve Wick, founder of MobSoc told me. "If it's bad idea, or its not relevant, we say no."

He cited the example of the Atlantic article that was a sponsored advertisement for Scientololgy. It caused an uproar and had to be taken down.

"It simply wasn’t a good fit with the audience," he said.

The articles also can't be "overly salesy," meaning that they can't hit the reader over the head with the idea for buying from a certain brand.

"They might give us themes, like 'cutest cat moments,' and our team will have control over creating content they would want to sponsor," said Wick. "It's a give and take, and we walk a fine line of writing good content while not letting them have full control."

As for the second part, which deals with letting users know they are actually looking at a sponsored story, Kim said that MobSoc's content will be consistent with others who do similar types of stories.

"The ad is noted as ‘Featured Partner,” or the brand is noted as sponsoring the article," she said. "We will also provide a color distinction to the article that identifies sponsored posts differently than editorial content. similar to Yahoo, Buzzfeed, and other publishers featuring advertorial content."

Founded in 2012, the San Francisco- based company is currently alpha testing, and just started to work with its first client, though it also has seven brands in line.

The company's ultimate goal is to see native advertising become the norm, though Wick said he knows that might not be for a while.

"There is a long way to go. It is going to multi year trajectory to get native advertising to become the standard," he said.

Founded in late 2012, MobSoc Media is the only interest-based publishing network optimized for the mobile and social world. One of its premier digital properties, Celeb Bistro, has amassed 4.0 million Facebook fans*, a million more than that of its closest competitor, People. MobSoc Media’s proprietary technology, Social Rank®, which leverages crowdsourcing, enables users to easily discover the most popular and trending content in areas they care about and engage with like-minded people, no matter where they are in the digital world. For brand marketers and advertisers, MobSoc Media offers precise targeting of relevant audiences in the mobile and social sphere where they can easily share and connect. As a result, MobSoc Media delivers some of the highest engagement rates in the industry – up to 7 times higher than the category average. MobSoc Media’s advisors include entrepreneur/investor/author James Altucher and Founder & Managing Partner of Social Internet Fund Lou Kerner. For more information, please visit mobsocmedia.com.