DraftKings has already awarded over $50 million in prizes this year 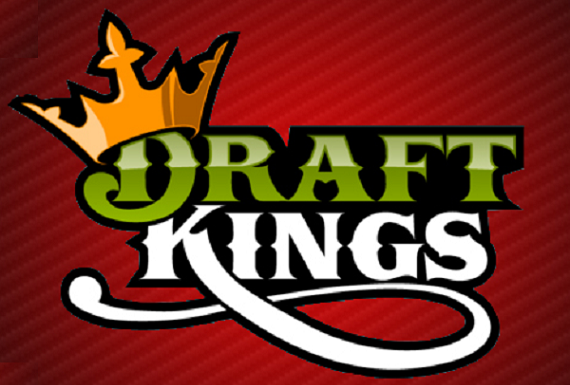 Back when I had the time, I used to be really into my fantasy baseball. I'd read all the blogs, watch baseball shows and pay close attention to which players were quietly making a name for themselves with no one else noticing. And I actually won my league a few times, though I never played for money.

Since then I've dropped it, but fantasy sports is still a thriving industry, especially for those who play for cash. And now one of the leading fantasy sports providers, DraftKings, has raised $24 million in Series B funding, it was announced on Tuesday.

The funding was led by Redpoint Ventures, with participation by GGV Capital, Atlas Venture, and BDS Ventures. It follows a $7 million Series A round of funding, led by Atlas Venture, in May. Other investors include Boston Seed Capital, Hub Angels and Angel Street Capital.

The company has now raised around $35 million.

DraftKings will use the new money for multiple purposes: to fund marketing and acquisitions and to develop new strategic partnerships.

"We're always looking for strategic partners and have had some great successes with companies such as LeagueSafe which focuses on improving the fantasy sports experience," Paul Liberman, CMO of DraftKings, told me.

"We're always looking at other partners in media and sports who can help both grow our footprint while sharing our vision for the customer experience."

It will also be used to hire new talent. The company will be hiring 20-30 people next year, said Liberman, mostly in marketing and engineering, which will almost double its existing workforce.

To play, all a user has to do is sign up, pick their style of playing (either tournament or head to head) and then draft their team.

Users can either choose a free or paid contests, and will be entered in to a daily or weekly league, which is created by the site and not players, according to these preferences. The players are then able to win cash prizes if win their selected tournament.

The company has been seeing some pretty impressive growth figures. Since the end of August of this year, DraftKings' customer base has tripled, and is up 10 times what it was at the same time last year.

DraftKings says that it awarded over $50 million in prizes this year so far, and that its upcoming 2013 Fantasy Football Millionaire contest will award another $1 million to the top finisher.

"Draftkings is focused on improving the live-sports viewing experience," Liberman said. "Over the next five or ten years, I see us expanding into more sports, more games, and integrating different platforms and rich media to make watching and playing fantasy sports as engaging as watching a real game."

There have been a few other exciting moves in the fantasy sports space this year.

In July, Yahoo first updated its Yahoo Sport app, with new features that included a curated list of local experts and writers live tweeting up to the minute stats and plays, and more content from the Yahoo Sports editorial team, plus additional local content for a users favorite teams.

Yahoo said at the time that it would be integrating the Bignoggins technology into its Yahoo Fantasy experience over the coming months.

What separates DraftKings from other similar services, though, is its ultimate vision of making fantasy sports as exciting as live sports.

"We designed our product with the vision that it would be a companion to the sports viewing experience.  We continue to focus on utility from the perspective of a sports fan," Liberman said.

"We passionately believe in marketing analytics, and we employ those tools aggressively. We make near real-time adjustments to our marketing strategy and spend based on what the numbers tell us.  An analytical approach infuses our decision-making."