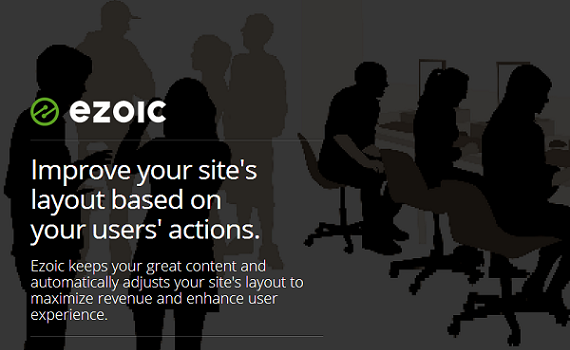 As someone who writes online for a living, I know the value of presenting my articles in the best way possible. It's not just about what I write, but how it appears on the screen. A static, ugly layout, one that looked like it had not been updated since the late 90s, would inevitably lead to less people reading my work. It's just the way it is.

Ezoic is a company that offers publishers an way to improve their site layout and, in turn, their advertising revenue. And now the company is announcing on Wednesday that it has closed $5.6 million in Series A funding.

The round was led by venture firm Balderton Capital, with participation from New Amsterdam Capital, Silicon Valley Bank and private investors.

The money will be used to help bring the company out of private beta, which it has been in since April of this year, John Cole, CCO of Ezoic, told me in an interview.

"We have done a lot of testing, and now we need to scale the business," he said. "We are invite only right now, but we have a long waiting list of publishers waiting to get in."

By using Ezoic, publishers can automatically test out thousands of different layouts of content on desktop, mobile and tablet, with the ultimate goal being to enhance the user experience, which then will help increase the ad revenue for those publishers.

"It is all about the user experience," said Cole. "We want to help improve time on sight, increase page views, and get a lower bounce rate. And when those metrics go the right, the company is doing a good job on user experience."

The company then looks at advertising revenue, and the earnings per thousand visitor, "which gives us an idea how well the ads have been placed."

Once those pages get better metrics, though, Ezoic's job is still not done.

"The best layouts will be superceded by new layouts," said Cole. "We’re setting up experiments to improve user metrics, but those are never ending improvements. We will always be testing over time."

Founded in 2010, the Carlsbad, California-based Ezoic already has over 450 sites on the platform, with more than 20 million visitors a month.

While Cole says that most other testing platforms have been set up to help e-commerce sites improve sales, there are a few others that he considers to be competitors, such as Optimizely and Adobe Target.

What sets Ezoic apart, though, is the fact that is a fully automated service, which does the testing for the publishers.

"They may not have resources to set up several thousands of experiments," Cole said. "We are trying to make it so that its an effortless way for publishers to test their sites."

There is a big opportunity in this space: according to Cole it could around the tune of $6 billion. But what the company really is about, he said, is helping both publishers and their readers.

"More and more people are becoming publishers, which has led to democratization of information," he told me. "People may have a lot of into about one subject, and they should have the ability to get rewarded for that. And users should get a good experience."