Coursera and U.S. Department of State launch facilities to let students interact with each other 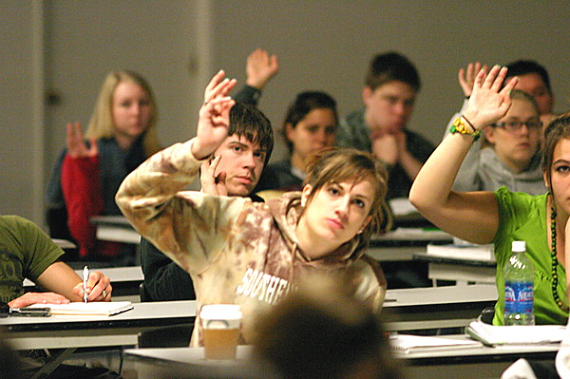 I've never taken an online class, but I imagine its pretty isolating and, without anyone else there to motivate you, it probably takes a lot of discipline to study and finish a course in what is, essentially, a vacuum.

So one solution to that problem is to take that online course and give it an offline. And that is what ed-tech startup Coursera is going to.

Through a partnership with the U.S. Department of State, among others, Coursera is going to begin offering user a set of physical spaces called Learning Hubs, it was announced on Thursday.

In these spaces, users will be able to access the Internet to take a Coursera course online, while also working with other students. The users will also have access to local course facilitators.

In addition to the State Department, these partners also include Bluebells School International and Lady Sriram College for Women, Digital October, Overcoming Faith Academy Kenya (in collaboration with PiCreate and Tucklets.org), Learning Links Foundation, TAPtheTECH, and LEARN. TT and the University of Trinidad and Tobago (UTT).

The idea for the hubs came from three separate case studies, Yin Lu, the head of growth and international strategy, told me in an interview.

One was from a woman who e-mailed Coursera to say that she, along with 7 or 8 other women, had been come together at a local community college to learn business from a professor at the University of Virginia.

The data that came out was interesting, Lu said, as the completion rate for the class was 60%, compared to 10% for people who take classes along.

Plus, those who graduated also got jobs.

The second case study came from Russia, where an organization in Moscow held a worldwide contest to find a way to bring more ecosystem awareness to the city. 150 students applied, of which 10-20% were international students who joined virtually. They broke into groups, and came up with proposals for using gamification for ecosystem awareness.

The top two winning teams are now turning their ideas into reality. To Lu, this showed an example of being about to "turn knowledge into something actionable" by having people come together.

The third example was from the Department of State, which held a pilot program in 14 embassies, including in Korea, Indonesia and Eastern Europe, to find student who were interested in taking classes in politics, economics and entreprenuership. The completion rate for the classes was 40%-70%.

Even more importantly, there was a network effect, in which graduates came bacl to help out and to find out ways to learn in the United States.

"In these three case studies we saw trends that having a physical space and a facilitator helped to improve learning outcomes," said Lu.

With these hubs, Coursera is hoping to see completion rates of at least 40%, or as high as 70%.

While some might say that adding a physical component goes against the idea of online education, I disagree.

First, nobody will be obligated to attend these sessions. They are simply another tool to help people if they feel they need it. And second, I don't believe that education was meant to be an isolated experience. It should be about learning from others, having a dialogue and expanding points of view. That would be impossible to do simply sitting in front of a computer.

"We definitely see this as something that is a value add to our platform," Lu said. "Coursera's mission is to connect students to great education. For some that may not mean going to hub, and they can connect through platform. But for many it also means connecting to each other.

"We want to give students a more social and holistic option, so they can meet face to face, in addition to having access to a global community at click of a mouse."

Mountain View, California-based Coursera was founded by Stanford professors Andrew Ng and Koller in the fall of 2011.  It is a social entrepreneurship company that partners with universities in order to offer courses online for anyone to take for free.

Coursera, which focuses on bringing university classes to Web users around the world. Its mission is to educate millions of people by offering classes from top universities and institutions online for free.

Since launching in April 2012, the company has registered more than 4 million students, from every country in the world. 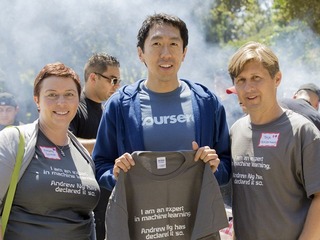 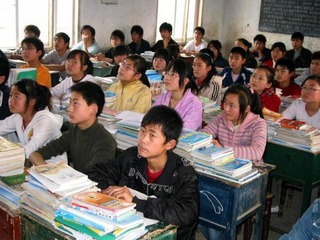 Coursera teams with NetEase to expand to China 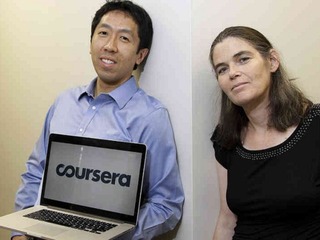