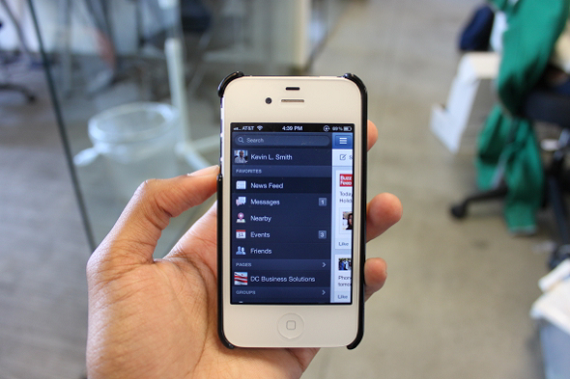 It has been over a year since Mark Zuckerberg stated that Facebook was, from now on, going to be a mobile first company. Despite this declaration, though, it simply is not the case. The mobile version of Facebook simply is not the same experience as the desktop version. In many ways it feels incomplete, as many features have not been transferred over to the new format.

But the company is getting there, albeit slowly.

Facebook released a new version of its iOS app on Thursday that added in some of the small, but key, features that were missing on mobile, that made Facebook better to use on a PC.

For example, starting today, Facebook users on iOS can finally edit their posts and comments.

Speaking personally, the fact that this feature was missing from my iOS was kind of pet peeve of mine. I cannot tell you how many times I would look back and notice that autocorrect decided to change my sentence for me, making it unintelligible. And, because you couldn't edit, you'd have to do that thing where you'd be forced to comment on your own status, noting the correction. Ugh.

So, anyway, yeah, that will no longer be a problem. Plus, now, for whatever reason, they are going to let you tap and see all the changes you made to that post.

In addition to that update, the app is also now letting users add a photo when they comment, as well as add emoticons to other people's timelines. The emoticons feature was first added to the desktop version in April of this year.

Most importantly, though, Facebook is ramping up the privacy feature by adding a lock icon next to the users name that will give them privacy shortcuts.

These all seem like pretty basic updates, and the truth is that they are things that most Facebook users are already familiar with. So why are they important? Because they are another step toward Facebook making the mobile experience as close to the Web version as possible.

And it needs to do as its user base are clearly flocking toward mobile.

And, with more mobile users comes more money. Advertising revenue was $1.60 billion, or 88% of total revenue for the company. Mobile accounted for 41% of that revenue.

Clearly mobile is important to Facebook. And so the closer it can get to giving mobile users the complete experience, the better.