For as long as I can remember, Web-hosting and domain registration giant GoDaddy was known, primarily, for its pretty tasteless, and over the top ad, campaigns. That included their infamous Super Bowl commercial from earlier this with that red-faced nerd making out with the super model. (Sorry I had to remind you of that!)

This has resulted in a slew of startup purchases, and now GoDaddy has announced its latest acquisition: Web hosting and cloud services company Media Temple.

No financial terms of the deal were disclosed, but Media Temple, and its 225 employees, will continue to operate out of its current Los Angeles office, and will remain as a separate, and independent company from GoDaddy.

That is not to say that there will not be collaboration between the two. Media Temple, offers many of the same services that GoDaddy does, but to a different audience: while GoDaddy has typically served small and medium sized businesses, Media Temple has specifically targeted and served digital designers, developers and professionals.

Media Temple is known for serving a more technical audience than GoDaddy, and this acquisition will give GoDaddy the opportunity to branch out and serve those new markets.

"GoDaddy has been inspired by Media Temple's products. They have managed a demanding set of customers, who haven’t been served by GoDaddy in the past," GoDaddy Hosting GM Jeff King told me in an interview. "If GoDaddy wants to be a leader in serving small businesses, we have to serve those businesses that are serving them."

On top of that, he said, the two companies are already working together on the technology front. The meeting of the two teams, King said, was a "total geekfest."

"I hope the GoDaddy team will learn a ton from Media Temple," he said. "In fact, we are already starting to see the benefits of the collaboration."

And what does Media Temple gets from being a part of GoDaddy? The opportunity to scale quicker, to accelerate its growth internationally and to take advantage of GoDaddy's recent acquisitions.

"GoDaddy provides a global infrastructure for Media Temple," Russell Reeder, President of Media Temple told me. And the company is choosing the exact right moment to take advantage of GoDaddy's international presence.

As King told me, "GoDaddy will be going hog wild internationally," over the next year and a half; it plans to expand to 60 more countries in that time frame.

"We’re going to invest hugely," he said. "We have the resources to make that possible and we will help accelerate Media Temple’s growth, which will be much faster than if they did it on their own."

It allows publishers  to update their information from one single source, instead of needing to go onto each site to make sure everything is up to date. Locu publishes these changes in real-time.

This is a service that Reeder specifically pointed to as one that would be beneficial to Media Temple's customers.

About Media Temple and GoDaddy

The company has raised $16.1 million in two rounds of funding, including $15 million in April of 2010 from Triangle Capital Corporation and GMB Mezzanine Capital.

Scottsdale, Arizona-based GoDaddy was founded in 1997 and currently has 12 million customers and employs 4,000 people. In 2011, the company was purchased by KKR, Silver Lake and Technology Crossover Ventures. Since then, the company has also embarked on international growth, including expansion into India.

GoDaddy also has facilities in Arizona, California, Colorado, Iowa, Toronto, Amsterdam and Singapore and employs more than 3,800 people around the world.

Known for many years for its racy advertising strategy, GoDaddy has recently begun a rebranding campaign that it obviously hopes will help the world take it more seriously. That has also coincided with the hiring of its new CEO, Blake Irving, at the beginning of this year.

Media Temple co-Founder Demian Sellfors specifically pointed to this effort as part of the reason he was willing to sell his company to GoDaddy.

"GoDaddy has a history," he said, "But with new rebranding strategy, they’ve really brought in whole new management team. The true story of this deal is how GoDaddy has changed. It is now a technology company that is changing quickly."

Each of these companies was selected because of "their expertise in helping small businesses and individuals looking to leverage the power of the Internet," according to GoDaddy.

(mt) has a venture program which leverages cash and hosting resources to help get interesting projects to market. 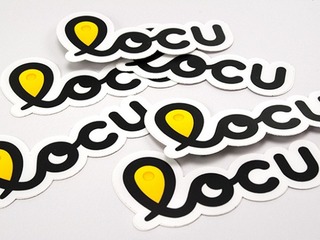