Money will be used for international expansion, and to grow out team 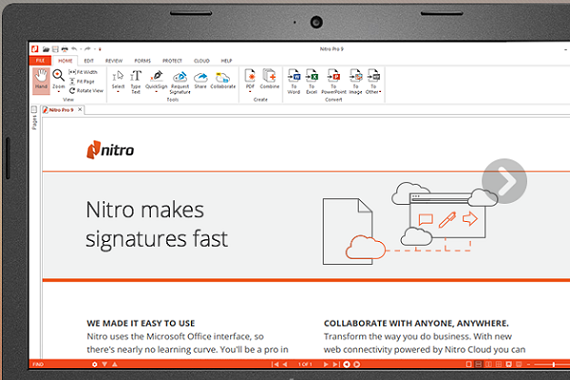 The company will mostly be used for international expansion, Sam Chandler, founder and CEO of Nitro, told me in an interview, specially by opening offices in Asia early next year and out its growing Australian office. The company is opening its European headquarters this month too.

The money will also go toward ramping up the sales, marketing, and customer service support teams in its San Francisco headquarters. The company currently has 120 employees worldwide, and will hire another 20 at least before the end of this year. Next year Chandler says that it will probably be adding at least another 50 employees, which would bring it to 210 altogether.

"We have 8 million users per month in 200 countries around the world," Chandler said. "That requires a considerable platform."

Founded in 2005, Nitro is a company dedicated to document and workflow productivity, delivering products and solutions that help individuals and businesses collaborate better and work faster.

The company offers services on both the cloud and on desktop. It released a new version of Nitro Pro 9, its desktop app, on Tuesday, integrating it with Nitro Cloud. Nitro Cloud had been in beta since earlier this year, but it has been "growing extremely quickly," Chandler told me, converting over 3 million documents online a month.

For example, if there is a non-disclosure agreement that needs to be signed, users are given the option to mark up the document if they are not happy with the text. The document can be shared on the cloud, via a browser, or from the desktop. To share it, all a user has to do is enable collaboration, then the person they sent it to will receive it in an e-mail. They can sign and return it immediately, or mark it up if they chose to do so.

With Nitro Pro on desktop, users can create pdfs from multiple documents and share them, convert an existing pdf to word or PowerPoint, as well as use Nitro's collaboration and editing features to work with an existing pdf.

The company caters to individuals and businesses of all sizes. Of its 8 million monthly users, it counts 400,000 businesses, including over 50% of the Fortune 500, including Nestle, as its customers, as well as the European Parliament.

The monetary value of Nitro depends on the size of the company using it. For a big company, it can be millions of dollars a year. For a small business, they can save part of the $19,000 a year they pay employees to sign, share and track documents that can now all be done via Nitro.

Transforming the way business is done

Nitro's ultimate goal is to get businesses and users to transfer from what Chandler calls "dumb documents" to "smart documents." That means going from sharing documents via e-mail, or as paper, to sharing on smart platforms like Nitro Cloud.

That, transition, though, has come slower than expected.

"When this idea began gestating in 2004, we believed businesses were working inefficiently  when it came to paper documents. In 2004 or 2005, the idea of transforming to digital was revolutionary," said Chandler. "But things have not changed dramatically."

Last year, he said, Gartner found that less than 1% of contracts in North America were signed electronically.

"It's kind of crazy when you think about the legitimacy and availability," he told me. "8 years after lauching, it is shocking that the majority of world is still doing it the old fashioned way."

And so, to Chandler, educating people and businesses on the value of e-signature is key.

"Clearly, education is a key part of establishing e-signing as an alternative. In fact, it is a much better alternative, especially when it comes to contracts that need to be signed in different locations and time zones," he said. "The vast majority of the world doesn’t realize that e-signatures have exactly the same legal standing as a wet ink signature."

One company that he points to as paving the way was DocuSign.

"They have been great at leading chanrge with education program, and helping businesses increasingly realize that e-signature is legitimate."

A big part of the challenge is getting users to try e-sig once.

"We have a saying, 'once you use Nitro Cloud you never go back,' because you see how easy it is to use," Chandler said.

While Chandler praised DocuSign for helping get the word out about e-signature, he also draws a distinction between the two companies in terms of who their customers are.

"DocuSign was one of the first e-signature vendors, and they carved out a reputation as an enterprise grade e-signing platform," he told me. "But that is not the market we’re going after."

While DocuSign has customers that need to sign documents hundreds or thousands of times a month, and those types of platforms can be more complicated.

Nitro, he said is focused on making it easy, as that is what small and medium sized businesses are looking for.

"Typically, businesses will choose Nitro over DS when theyre looking for simple, but powerful, easy to use e-signing solutions," he said.

Nitro also has a few other advantages over DocuSign, as well as Google, which Chandler says is more interested in document authoring, rather than the "shared lifecycle" that Nitro focuses on/

"We can support a full range of collaboration and conversion services," he said. "We are the only vendor who brings all of the capabilities into one solution. We don't offer a separate solution for creation, and another one for sharing, and one for storage."

By combined combining the Cloud and Pro services, Nitro can offer one product that is a single account solution.

And, by having both the desktop and cloud versions it gives Nitro a "foot in old world, and one in the new world. We are the only player that enables businesses or users to work both online or offline."

From companies like Boeing and IBM to small and home businesses with just a few staff, millions of people worldwide use Nitro products – like the award-winning Nitro Pro and Nitro Reader — to make PDF easy.

Australian-founded in 2005, we’re headquartered in downtown San Francisco with offices in Melbourne, Australia and Nitra, Slovakia. 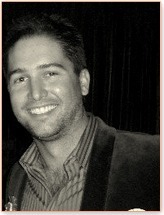 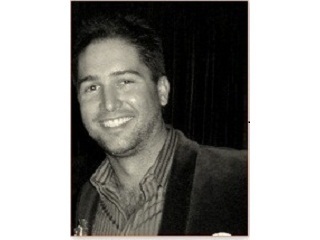