Numbers could be validation for Facebook, which is looking to break into TV advertising 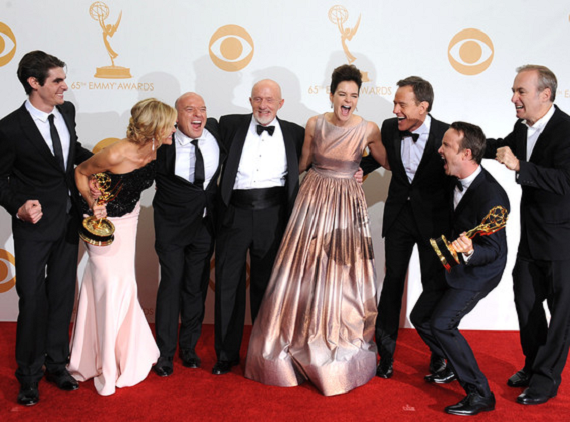 If you are anything like me, here is how your night went last night:

First, you raced home to watch the Breaking Bad finale, purposely avoiding any type of social media as to not have anything spoiled. You sat on the edge of your seat for the entire 75 minutes, barely moving to make sure that you didn't miss a single second of the show. Then, as soon as the credits started to roll, you ran to your computer to share with the world how freaking amazing that episode was.

(Seriously, that was one hell of finale! I was so happy when SPOILER ALERT!!!!! Jesse got away that I nearly started cheering!)

As it turns out, many, many other people spent their night the same way that I did.

There were over 5.5 million interactions about the Breaking Bad series finale, generated by 3 million people, last night, according to numbers provided by Entertainment Weekly.

In all, for the first seven episodes of this season, there were around 23 million interactions from 11 million different people. Not bad for what started out as a low-rated show on cable.

These are important number for Facebook, as this will no doubt be a validation of the company's efforts to break into television advertising, which were reported earlier today.

Facebook is going to start sending out weekly reports to the big four television networks, ABC, CBS, NBC and Fox, along with a few other partners, which are, presumably, cable channels.

The reports that Facebook will be generating will show the networks how much Facebook users are talking about their shows, including how many likes, comments and shares it generates. They will not be made public, but will no doubt be used to convince television networks that Facebook it is now a hub for conversation about their shows, and that they should run be running advertisements along with them.

There is no indication that AMC, the network that ran Breaking Bad, is one of those partners, but it would not surprise me.

One of AMC's other shows, The Walking Dead, has been a massive hit; earlier this year one of its episodes became the highest rated cable episode of all time. The network also has the final season of Mad Men coming up, which it is splitting up much like it did to Breaking Bad. That decision, along with Netflix streaming and a big advertising push, led to record ratings for the series.

AMC no doubt wants to replicate the effect for its other shows, and Breaking Bad's performance on Facebook last night might be the catalyst to get them to see the social as a viable advertising partner.