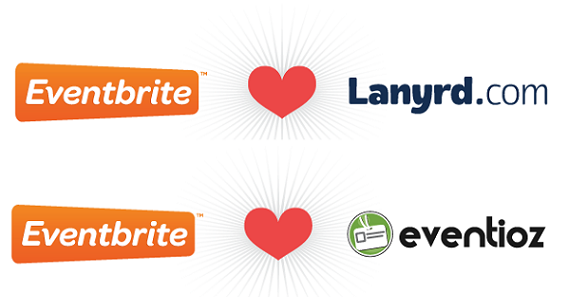 Event registration and ticketing service Eventbrite is putting its expansion plans into motion, making the first two acquisitions in the company's seven year history. The company has picked up London-based event data company Lanyrd and Argentinean-based ticketing company Eventioz, it was announced Tuesday.

The terms of the deals were not disclosed, but it was revealed that Lanyrd and Eventioz will not be shut down. Both will continue to operate, but as part of Eventbrite going forward.

"We are buying Eventioz to get an experienced team in the Latin America region that has already been successful growing a business very much like our own. We think Eventioz gives Eventbrite a shot at being the market leader long term in what should be a very vibrant part of the world," Randy Befumo, VP of Strategy for Eventbrite, told VatorNews.

"Acquiring Lanyrd deal is about the stellar team and the product they have created. The Lanyrd team will be moving to our headquarters in San Francisco to work closely with the rest of our engineering team. "

Lanyrd is a social conference directory that helps attendees, organizers and speakers get the most out of professional events and conferences. The company uses crowdsourcing to allow access to event information, slides and video of presentations via the web and a suite of mobile apps.

As per the integration of Lanyrd and Eventbrite, event organizers can import their Eventbrite events directly to their Lanyrd account, giving them access to additional features like advanced schedule editing.

Attendees can do the same with their Eventbrite account, integrating it with Lanyrd. That means that if they buy a ticket on Eventbrite, it will automatically be added to Lanyrd as well.

Eventbrite and Lanyrd were a good fit, as they share a similar philosophy in terms of helping users make their events the best they can be, Lanyard wrote.

"Our vision for improving events has always been about making events better — for attendees, organizers, speakers and companies," said Lanyrd.

"Eventbrite’s vision sits well with ours, and it has an even wider goal: They help organizers of any size create, promote and sell tickets or registrations to events — and have processed more than 120 million tickets around the world and across a multitude of industries. Eventbrite also has an emphasis on product, innovation and great service — three things that have always been core to how we operate at Lanyrd."

Founded in 2008, Eventioz is a Latin American ticketing platform, similar to Eventbrite.

It operates in six countries, Argentina, Brazil, Chile, Columbia, Mexico and Peru and has helped more than 15,000 organizers sell over 1 million tickets to nearly 20,000 events. The company has raised $1.5 million from Kaszek Ventures.

Unlike the Lanyrd acquisition, no integrations between the two services were announced at this time, but the team at Eventioz will remain in Argentina and Brazil rather than relocating to the company headquarters.

Eventbrite announced that it would be expanding internationally when it raised $60 million in April, bringing its total funding to $140 million.

The new funding came less than a month after the company announced that it had topped $1.5 billion in sales, a full third of which had come within the previous nine months. Last June, San Francisco-based Eventbrite, which enables people to plan, promote, and sell tickets to any event, announced that it had hit $1 billion in sales for the first time since its launch in 2006.

To date, Eventbrite has sold 100 million tickets altogether, half of which were sold just in the last year alone. Organizers and attendees in 179 countries used the platform over the last year, and it has been localized in 14 countries and seven languages.

The company also saw 1.8 million downloads of its apps.

Eventbrite was not available for further comment at this time.