Don Mattrick: Zynga could take a year to turn around

Newly appointed CEO outlines his plan for the next 90 days 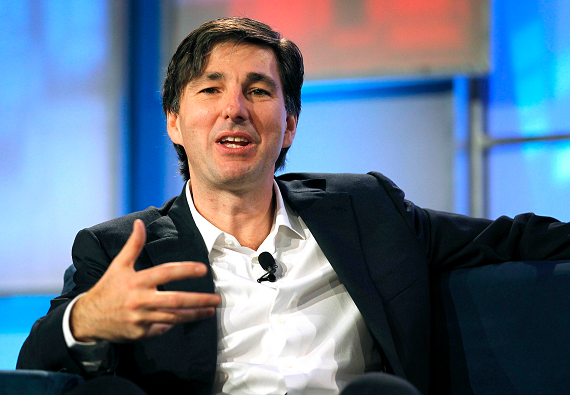 It was a little over three weeks ago that Zynga CEO Mark Pincus stepped down in favor Don Mattrick, the president of Microsoft’s Interactive Entertainment Business. So Zynga's quarterly results, released Thursday, can hardly be put on his shoulders.

Still, on a conference call following the release of the report, he had a blunt message about the numbers that Zynga saw, despite the fact that they actually came out well ahead of what Wall Street had been expecting: "We can do better."

After being introduced by Pincus, who called him "first, a great game maker, second, a great CEO at scale and, third, a great entrepreneur," Mattrick took over to give "some of his early observations" since taking over and to outline what he will go over the next 90 days to put Zynga back on the right path.

"Its clear that the market opportunity around us is growing at an incredible clip. Its also clear that, today, we're missing out on the platform growth that Apple, Google and Facebook are seeing," he said.

"Over the course of the next few months, I'll be working with our leadership team to challenge previous assumptions and to focus our business fundamentals, which, candidly, we struggled with over the past year."

So over the next 90 days, Mattrick says he will be taking the following steps:

Mattrick also made it clear that this type of change will not happen overnight, saying that it may take two to four quarters before the ship is righted.

"I see potential from all parts of our business. From regaining share on Facebook, to leveraging our IP, our network and our knowledge for mobile. And, because of what the company has already achieved, I believe we have the staying power to successfully navigate our transition and create connective experiences that span multiple devices and multiple operating systems."

In the Q&A section of the call, Mattrick was asked a question about what made him confidence that Zynga could meet its challenges.

"When I think about Zynga, and what made me excited to come here, the free to play model is great, advertising is great, the opportunity to give people instant access to the experiences and services that we create right around the globe, in a market that's growing dramatically, that's pretty exciting stuff."

Later on, Mattrick was asked to compare the company to one its biggest rivals: King, creator of Candy Crush Saga.

"In relation to what King's accomplished, I think they've done an incredible job. They've built a great hit. I'll fess up: I'm a Candy Crush player," he said.

"Imagine if we can start getting the leverage out of our 2,300 people that King's getting out of their 400 people. Would we be driving better financial results? I believe we would."

"The next few years will be a time of phenomenal growth in our space and Zynga has incredible assets to take advantage of the market opportunity," Don Mattrick, Zynga's newly appointed CEO, said in a statement.

"To do that, we need to get back to basics and take a longer term view on our products and business, develop more efficient processes and tighten up execution all across the company. We have a lot of hard work in front of us and as we reset, we expect to see more volatility in our business than we would like over the next two to four quarters. I'm privileged to lead Zynga and I look forward to spending more time with our players, employees and shareholders."

And apparently that means not persuing real money gaming, which many saw as the best way for the company to bolster its revenue in the future.

Zynga's daily active users  decreaed 45% year-to-year, from 72 million to 39 million. They were down 24% quarter-to-quarter, from 52 million in Q1. Web DAUs and Mobile DAUs were 23 million and 16 million in the second quarter of 2013, respectively.