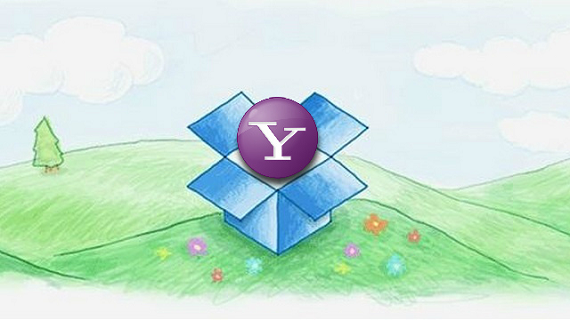 Back in April, Yahoo and  Dropbox entered into a partnership that made it so that Yahoo Mail users were able to access their Dropbox from right inside their inbox and to add files from Dropbox to any email message. They were also allowed to save attachments back to Dropbox, all in an effort to eliminate file size restrictions.

Unfortunately, the capability was only available the desktop version of Yahoo Mail, begging the question: how long before that feature made its ways to mobile?

Answer: a little over three months.

"Earlier this year, we worked with Dropbox to make it easier to send and receive large attachments in Yahoo! Mail on the web, and millions of you have done so. Now, it’s just as easy to share documents, photos and videos from Yahoo! Mail for Android."

To access the feature, all a user has to do is start a new e-mail, tap the tap the attachment icon and choose “Share from Dropbox.” If the Dropbox is already linked, then they can share the files right away. They will also be able to sign up for Dropbox from within the app if necessary.

The new feature will be shown off as DBX on Tuesday, which is Dropbox’s first-ever developer conference.

The newest version of the Yahoo Mail app is already available to be downloaded on Google Play. There is no word on what the timetable is for bringing the Dropbox to iOS.

"We're focused on offering the best Yahoo! Mail experience for our users across devices, but beyond that we can’t comment on future plans," a Yahoo spokesperson told VatorNews.

Dropbox, which was founded in 2007, is a file-hosting service that uses cloud storage technology to allow users to share files and folders. The San Francisco-based company announced Monday that it now has 175 million users across every continent.

Yahoo has taken care to upgrade its mobile mail experience, redesigning YahooMail for Web, Windows 8, iPhone and Android this past December, in order to make it faster and less cumbersome.

"We’ve redesigned the new version of Yahoo! Mail with speed in mind -- getting through your emails is faster than ever before. We’ve also made your inbox more intuitive and easier to navigate, allowing you to focus on what matters most: your messages. And, because mobile is everything these days, Yahoo! Mail now has a consistent look and feel across devices," Yahoo wrote at the time. 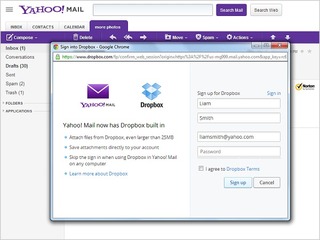 Yahoo and Dropbox put an end to file size restrictions