The online food ordering service is up against steep competition, and it's upping the ante 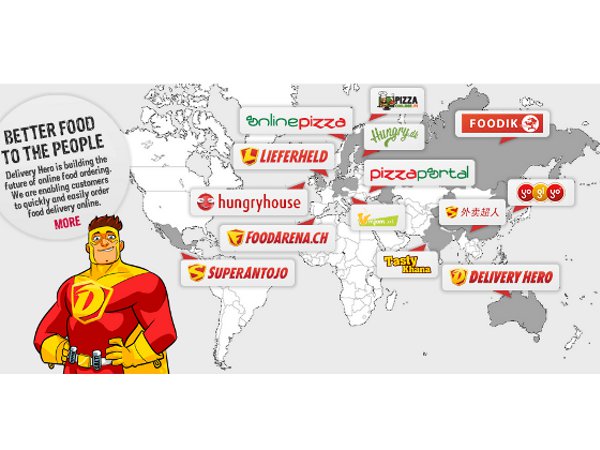 Less than a year after snagging $50 million in a Series D round of funding, global online food ordering service Delivery Hero announced Monday that it has raised an additional $30 million from Phenomen Ventures and other unnamed institutional investors. The Berlin-based company has raised over $132 million since its founding in 2010.

With all the food ordering services out there (GrubHub, Seamless, Just-Eat, FoodPanda, etc.), why are investors flocking to Delivery Hero? Could be because the company says it expects to become profitable later this year. Delivery Hero said in Monday’s announcement that it currently generates over $400 million in annual turnover.

"I’m amazed by the development over the past two years and excited to become a part of it," said Dmitry Falkovich, founding partner of Phenomen Ventures, in a statement.

Delivery Hero plans to use the funds from this round to invest in existing markets and continue its expansion “as an innovation leader.” The company could not be reached for comment.

The company also boasts over 600 employees worldwide, 300 of which work in its Berlin headquarters.

“Choosing the right investor is absolutely crucial. Having an investor with an entrepreneurial mindset makes a difference to us and we’re very happy to have Phenomen onboard" says the CEO Niklas Östberg.

The online food ordering market is becoming increasingly competitive. Back in May, GrubHub and Seamless combined to create one giant mega food ordering service—the name of which has yet to be determined. The merger gives Seamless access to GrubHub’s user base and technology, while GrubHub gains access to Seamless’s strong base in many of the larger U.S. cities.

Also in May, Rocket Internet’s FoodPanda raised $20 million from AB Kinnevik and Phenomen. The one-year-old company is currently active in 27 countries across four continents, reaching some three billion people worldwide. The company operates as FoodPanda in Eastern Europe and Asia, and HelloFood in Africa, the Middle East, and Latin America, working with over 15,000 restaurants worldwide.