Turkey asks for more control, access to data on those posting against the government 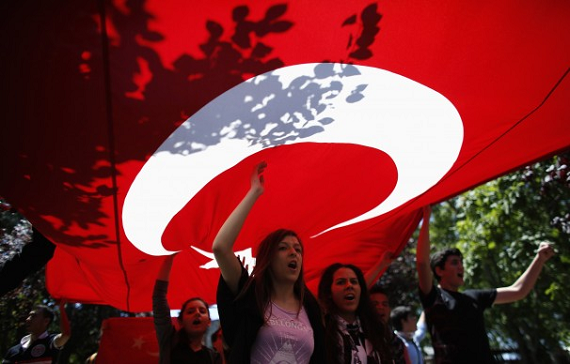 Stop me if you've heard this one before: a country experiences unrest among its people over some decision made by the government. The people protest for however long, maybe only a few hours or maybe a few days or even a few weeks.

Then, instead of trying to find out what pissed those people off in the first place, the government decides that it was all social media's fault. "If only they take away the people's ability to, you know, get information, then everyone will be happy and everything will be fine," I can imagine them saying to each other.

We've seen it happen in Iran in Libya and in Egypt. And now it is happening in Turkey, which has asked Twitter to establish a representative office in the country, in order to have more control over the service, it was reported by Reuters Wednesday.

The Turkish government has also reportedly asked Twitter to reveal the identities of users who posted messages that were deemed to be insulting to the government or prime minister, or which advocated for the personal rights of citizens, but there is no word on whether or not they have complied with those requests.

Turkey has asked Twitter do this after weeks of anti-government protests, which began on May 28th over the eviction of a sit-in at Taksim Gezi Park in Istanbul protesting the park's demolition. The initial protests were led by roughly 50 environmentalists; since then the riots have spread across the country. Dozens have been arrested and hundreds injured.

While the Turkish news media has apparently been ignoring the protests, they have not escaped the eye of those on social media, hence why the government wants to tighten its grip.

Facebook, which already has representatives inside the country, has been accused of working with the government, something the company has officially denied.

"Facebook has not provided user data to Turkish authorities in response to government requests relating to the protests. More generally, we reject all government data requests from Turkish authorities and push them to formal legal channels unless it appears that there is an immediate threat to life or a child, which has been the case in only a small fraction of the requests we have received," the company told TheNextWeb.

"We are concerned about legislative proposals that might purport to require Internet companies to provide user information to Turkish law enforcement authorities more frequently. We will be meeting with representatives of the Turkish government when they visit Silicon Valley this week, and we intend to communicate our strong concerns about these proposals directly at that time."

Turkey has had a tense relationship with social media in the past. In 2008, Turkey banned YouTube for more than two years after videos were posted that were critical  of the republic's founder, Mustafa Kemal Ataturk.

Prime Minister Tayyip Erdogan has also been quoted as saying that social media sites, such as Twitter and Facebook are a "scourge," and that they are used to spread lies about the government.