InterWest leads $15M round in Biba

That's because Biba is a next-generation, mobile-first conference application that wants to make conference calling and messaging easier.

Conferencing tools can certainly be improved. For most people who spend their lives on conference calls (apparently it's millions since there's about 100 billion minutes a year spent on conference calls), Biba can make the communications experience richer across multiple devices. And with its new round of financing, it has the ability to prove itself.

San Francisco-based Biba, which was founded in the summer of 2011, announced that it just raised a Series B round of $15 million, led by InterWest, with participation prior investors Benchmark Capital and Trinity Ventures. Angel investors also participating include Enrique Salem, former CEO of Symantec, Aaron Levie, CEO of Box and Gary Griffiths, former COO of WebEx. 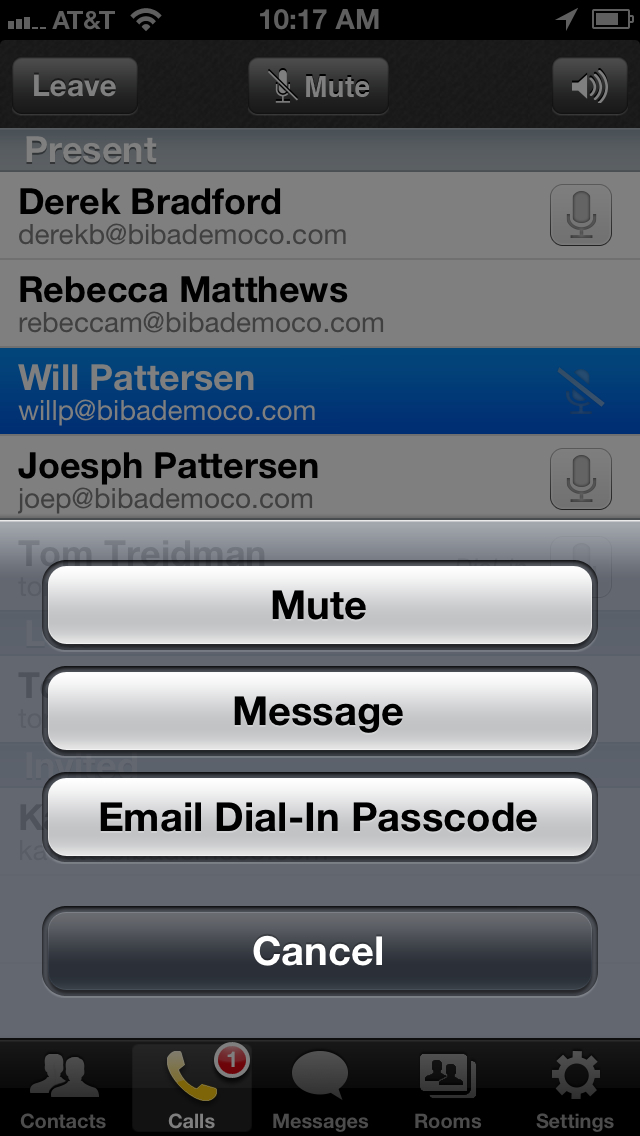 So how does Biba improve the conferencing experience?

There's a few ways. Firstly, Biba only works well if you download it on your phone (works on iPhones, iPads and Mac).

When you have a conference call set up, your phone or iPad will alert you that your call is about to start. This of course can also be done if you sync your calendars.

But with Biba, there's a lot more that can be done.

For instance, at the beginning of a call, "your smart phone would say: Join the meeting, Decline the meeting or Running late," Carlin Wiegner, founder and CEO of Biba, explained. Wiegner was one of five founders behind Biba. Wiegner himself has a pretty impressive background.

If you choose "Running late" then :after a stretch of time, the app calls you back. You don't have to think about it."

Another feature is for the organizer to be able to mute other participants who may be in a noisy spot.

"If you’re on a mobile phone, and someone is making noise, if I tap your row and hit the mute button. You’ve been muted."

Besides features that make the conference call more enjoyable, the other appeal is the messaging convenience.

"It's not just about the conferencing," said Wiegner. "It's about the messaging." On Biba, everyone is identified by their email. Once you're connected on Biba, you don't need someone's phone number. So a person can send a message via Biba and the recipient would receive the message on their phone, iPad and desktop.

Today most people have a separate IM on their desktop than what they have on their mobile device.

"The big thing is rethinking the way apps should work. It’s about design thinking," said Wiegner. "You have to find a way to integrate it."

All this sounds great. But it's the cost that makes trying these out tough. Biba is mostly free. But there is an upgrade to a pro account, which consists of toll-free and international dial-ins at 2 cents per caller.