How to value and price your startup 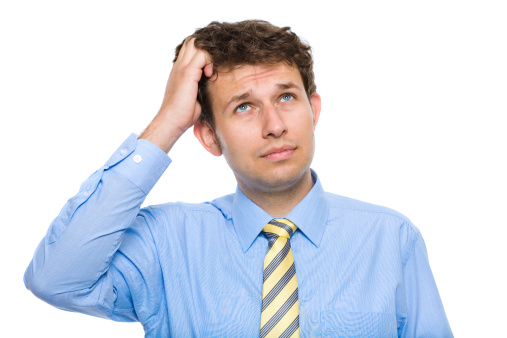 When a founder determines it is worth his while to attempt to raise money for his concept, the basic issue becomes one of price. If, for example, the business needs $500,000 to get started, how much of the equity in that company should $500,000 in fresh cash command? A brief summary of common terminology will help illuminate the subsequent discussion.

The word "capitalization," or its abbreviation, "cap," is often used in pricing startups, with, on occasion, differing meanings. The "market capitalization" or cap of a company refers to the result obtained by multiplying the number of equity shares outstanding by some assigned per-share value. If it has been determined that a share of stock in the company is "worth" $10 and the company has 100,000 shares outstanding, then its market cap is $1 million.

The second use of the term has to do with the rate at which future flows are to be valued, a rate sometimes called the "discount" or "cap rate," meaning that that flow of income is to be assigned a one-time value by being "capitalized." Thus, elementary valuation theory teaches that one of the most reliable indicia of value to be assigned to a fledgling (or, indeed, any) enterprise is a number that capitalizes projected income streams.

In its simplest form, the question is what an informed investor would pay (i.e., what sum of capital would be put up) in exchange for a promise to pay him annually a certain sum of money. In working out the numbers, it is assumed that the investor wants his capital returned to him, plus a competitive rate of interest. The higher the assumed interest rate (deemed competitive with other investment opportunities), the higher the annual payments must be, given a fixed amount of capital invested on day one. Alternatively, a fixed amount and number of annual payments can be a given element in the formula; the assumed amount of capital to be invested (i.e., the discounted value of the future payments) is then derived, again as a function of the cap rate selected. As the assumed interest or cap rate goes up, the discounted value of the payment stream goes down; fewer dollars are required on day one to earn the investor, at the higher rate, the forecasted income flows.

Other common expressions are "before the money" and "after the money." These denote ostensibly simple concepts, which occasionally trip up even the most sophisticated analysts. If a founder values his company at $1 million on Day 1, then 25 percent of the company is "worth" $250,000. However, there may be an ambiguity. Suppose the founder and the investors agree on two terms: (1) a $1 million valuation, and (2) a $250,000 equity investment. The founder organizes the corporation, pays a nominal consideration for 1,000 shares, and shortly thereafter offers the investor 250 shares for $250,000. Immediately there can be a disagreement. The investor may have thought that equity in the company was worth $1,000 per percentage point; $250,000 gets 250 out of 1,000 – not 1,250-shares. The founder believed that he was contributing to the enterprise property already worth $1 million. For $250,000, the investor's share of the resultant enterprise should be 20 percent. The uncovered issue was whether the agreed value of $1 million to be assigned to the company by the founder and investor was prior to or after the investor's contribution of cash.

In whatever language he chooses, each founder takes on the chore of setting a preliminary valuation on the company for purposes of attracting outside capital. The principal point to be kept in mind is obvious but often overlooked. What the founder thinks the company is worth is largely irrelevant at this stage. The decision to go forward has been made, and his effort and resources have by now been pledged to the enterprise based on his expectations of risk and reward. When outside financing is being sought, the critical number is what the founder thinks the universe of investors will assign as value to the company. The founder's personal valuation comes into play only if the investment community's assigned value is so much lower than his expectation that he is forced to rethink the question whether the game is worth playing at all.

A number of interesting problems arise when the founder attempts to psychoanalyze the investment community to come up with a number that will prove attractive. In first-round financings there is often, and indeed ordinarily, no track record on which to be conclusive as to value. Moreover, existing assets-plant, machinery, equipment, accounts receivable-are seldom, if ever, meaningful in a first round.

There are almost as many methods of calculating value as there are world religions, since the questions are metaphysical in part and depend on the appetites of the observer. In one of the most common scenarios, a five-year forecast is prepared, the thought being that in the fifth year (assuming the projections are accurate) an exit strategy will be implemented; that is, investors will sell their securities for cash or the securities will become publicly traded, the equivalent of cash. It is usually assumed that the investors will realize their entire return upon implementation of the exit strategy; there will be no interim returns since all revenues will be retained in the business. The valuation formula most often used in connection with the forecast is relatively simple.

An investor plans to invest X dollars in the enterprise today for some to-be-determined percentage of the company's equity. The projections predict the company will enjoy Y dollars of net after-tax earnings as of the day the exit strategy is accomplished; that is, the company is sold or goes public. The analyst then picks a multiple of earnings per share in order to hypothesize what the stock might sell for in a merger or an IPO. Since there is no way of forecasting that multiple, the next best strategy is to use existing multiples in the given industry.

What is the PE (ratio of share price to earnings per share) of companies in comparable fields today? Let's assume that multiple to be ten, meaning that the total market capitalization of the company immediately prior to the IPO will be ten times the net earnings for such year. The investor then picks that return on his investment that corresponds to the risk he deems himself encountering, taking into account the return on competing investments, again a subjective judgment. He may believe that he is entitled to a 38-percent compounded rate of return, which means, by rule of thumb in the venture community, that the company forecasts a "five-times" return; that is, the investor will get back, before tax, five dollars for every one dollar invested. If the investment called for is $250,000, then five times $250,000 is $1.25 million. If the company is forecast to be worth $10 million in Year 5, then the investor's $250,000 should command 12.5 percent of the company in Year 1.

Of course, many of the elements of the formula are highly speculative, particularly the reliability of the company's forecast. The method of taking that subjectivity (risk of error) into account is to adjust the rate-of-return target, or "bogey" or "hurdle rate" as it is sometimes called. If the investor thinks the forecast is suspect, one way of sensitizing the equation to his suspicion is to increase the rate of return target from, say, 38 percent to as much as, perhaps, a 50-percent compounded rate of return. If an adjustment has to be made to conjugate a rate of return much higher than 50 percent, then it's arguable the investor should not make the investment in the first place. Because compounded rates of return in excess of 50 percent are so unusual, many investors feel it is unrealistic to predicate an investment on that kind of expectation. The power of compounding is enormous. Many neophytes inhabit fantasy worlds when they dream of investments continuing to compound at double-digit rates over an extended period.

As a side note, the metrics of funding a startup are complicated. The VC Experts Valuation & Deal Term Database is an excellent resource for any startup or investor looking for pricing, valuation, and the terms & conditions of other venture capital financings. For more information on the database, please visit https://vcexperts.com/vce/valuation-analysis.