Now that it's cornered casual gaming, will the company be going public? 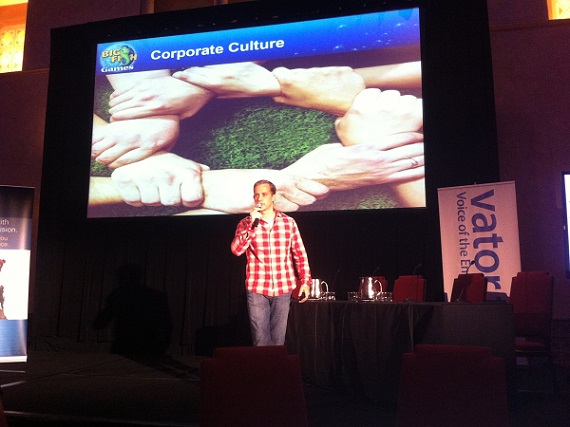 At Vator Splash LA on Thursday night, we were honored to have Paul Thelen, CEO of Big Fish Games, take the stage.

He spoke about his experiences starting Big Fish, including why he didn't take money at first, as well as what qualities he had to possess to make the company succeed.

He also spoke about the future of Big Fish Games, and what he believes will be coming up in the gaming space.

By any measure, Big Fish Games has been a success. The Seattle-based company posted $220 million in bookings last year. up 20% from 2011. The company has four million PC users, and six million mobile users, and is the biggest company in casual gaming, with 90% published on Big Fish Games.

So where does Big Fish go from here?

With casual gaming seemingly in the bag, the company is getting ready to tackle social and mobilng gaming as well.

"Casual games, as we defined it, wasn't growing anymore. That this new thing called social has caught on about three years earlier. That really impacted out growth. For mobile, our big blindspot was the iPad. And mobile games on your phones. And it turns out that that's a very casual outlet."

To compete in these new outlets, the company was forced to figure out what it was really good at, and how it could use its larger userbase to capitalize on these growing segments of the gaming space.

"We have pivoted and now our revenue, in the last 18 months, has gone mobile," he said. "We were able to take our assets, understand what we were really good at and say, 'we're not a single gross company.'

So, with all of this growth, is an IPO in the company's future?

Thelen was a little cagey about the answer to that one, noting that the company had aspirations to go public, but the world changed after Zynga tanked.

"I do not want to be Mark Pincus right now," he said.

Thelen also noted that the company, which is cash-flow positive, is not looking to raise any more money.

Still he did not close the door on a potential IPO completely, saying that there "a lot of decisions that have to be made."