'Starting a business is not a job, it's your life' 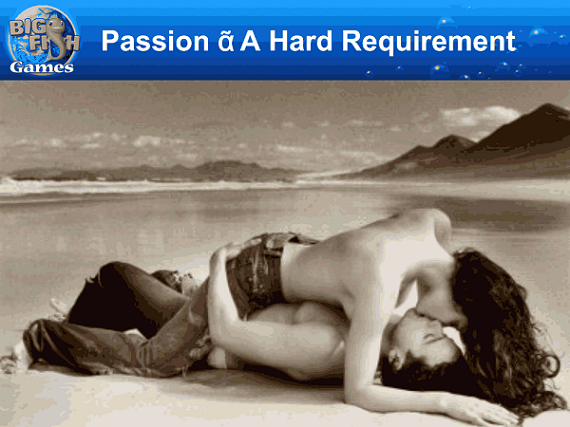 At Thursday night's Vator Splash LA, Paul Thelen, CEO of Big Fish Games, took the stage to talk about how he grew his company into a leader in the casual gaming space.

As part of his Keynote Speech, Thelen mentioned the three most important aspects of starting a business: passion, focus and conviction.

Big Fish, Thelen said, was "started as a project of passion."

He had been working at RealNetworks and while "did a lot of fun, cool things" while there, he was not truly happy. So he left with money had made and decided to do... nothing.

He quickly found out that doing nothing was really "dull" though so, instead, he decided to do what he said he loved to do when I was young: code games. So he started a new company on a whim.

"The really important part of starting a business is that you need to be really passionate about what you are doing," he said.

Another key aspect is focus, or knowing what you want your company to be about and making sure that you are the best a it.

By 2004, Thelen said, he realized that Big Fish was more than just a hobby or just some small project. And that is when he decided to focus on being the best at one thing, instead of allowing the company to become too scattered.

And that was a very important factor in helping Big Fish succeed because other companies, such as Yahoo, were trying to do too many things at once, without becoming really good at any of them.

'We only did one thing. And we did it really well," he said. "We were really really focused."

At one point, Thelen admits that his focus got away from him, causing him to cancel dozens of projects because they were not in line with the core mission of the company.

While there is a  time and place to diversify, he noted, the need to stay focused is more important.

"You know, people ask, when I started the company, 'Did you ever think you'd be here today?' And I was like, 'Absolutely not.'"

A big part of running a company is making decisions with imperfect data. Data can help you make informed decisions but, "at the end of the day, if you require perfect data to make decisions, your company is going to be paralyzed."

Thelen figured that he makes about 10 big decision every single day, which are really important when running the company.

"10 years, and 10 decisions a day. That's a lot of decisions. That's 40,000 decisions. If you think about that tree, that decision tree matrix, the odds of me ending up here today are very, very small."

For exampe, he said, he could have gone bankrupt in 2005. But the only way to be certain that you will not be successful is to not make decisions. So you have to take determination and conviction and you need to believe in what you're doing.

The first game that Big Fish developed failed, he admitted, but that experience was also a good less.

"I could not have made that second game if it wasn't for the failure of the first game," he said."So you have to believe what you're doing and have the conviction to make hard decisions."