Why millennials are the entrepreneur generation

This generation embraces freedom over job security; More than half quit jobs to work for themselves 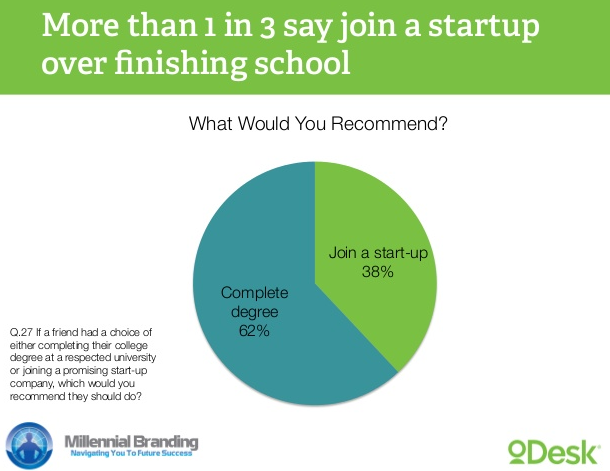 The millennial generation, also known as Generation Y, consists, at least by some, of those born between 1982 and 1993. These are adults from 21 years old to 33. The older Gen Y population didn't grow up with cell phones or the Internet, but by the time they were in their mid-teens, cell phones were small enough to carry around comfortably, and the Internet was just starting to commercialize.

By the time they were in their mid-20s, they were taking photos with their phones and chronicling their lives on social networks. They were multi-tasking; they weren't having luck finding jobs; and they were watching the rise of Google, Amazon and Facebook. What's a kid to do in this environment? Become an entrepreneur.

Advances in technology, particularly the Internet, and the ability for millions to gain knowledge from this platform, a poor employment environment, plus culturally influential movies like The Social Network - about a young college drop-out-turned-billionaire-entrepreneur - has and is increasingly advancing this notion that being an entrepreneur - being self-driven and creative (not necessarily starting a company) - is a good way to work.

Amost 60% of millennials called themselves entrepreneurs.

The question is: What's driving it? Besides the aforementioned reasons, Gary Swart, CEO of oDesk, a platform that has enabled 3.3 million freelancers to work for some 650,000 clients on oDesk, points out there's "globalization" and collaboration tools, like Skype and Dropbox, that are helping people work from home.

Education is also changing. It's estimated that more than 2000 colleges offer a course in entrepreneurship, according to the The Kaufman Foundation, said  Dan Schawbel, Managing Partner at Millennial Branding, and part of the millenial generation himself. "There are about 5,000 courses on entrepreneurship across college campuses, up from 250 in 1985."

And there's yet another reason.

"The rise of the independent entrepreneur is driven by their desire for freedom," said Swart.

Indeed, it appears millenials value freedom over even say... job security. They want to choose what they do and they want the upside. 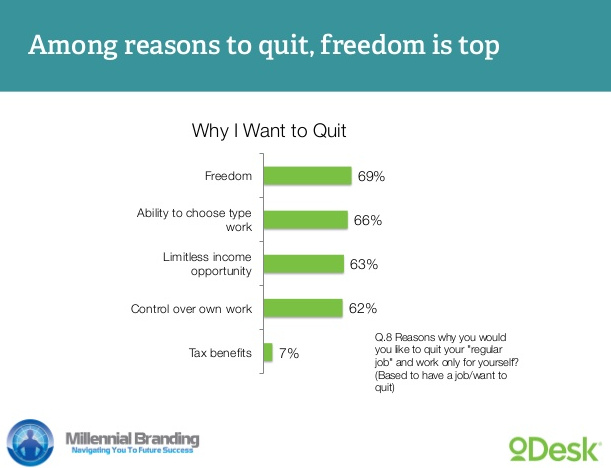 Among some more interesting findings:  Nine out of 10 said they preferred to work where and when they wanted vs inside corporate offices at regular work hours. Half of those who quit their jobs recently left to work for themselves, and not to go back to school or work for another company.

Keep in mind, the sample set included nearly 3200 members of oDesk, the platform for freelance workers. Of those, about 2000 for from the millenial generation. To this end, the results may be a bit bias and skewed toward individuals who like to work for themselves. That said, it's interesting to note that almost 2/3rds of those sampled on oDesk are from the millenial generation, suggesting millenials clearly enjoy being free agents.

Vator was founded on the premise that there would be an increasing number of entrepreneurs. And, each year we see some 1500 new startups join our community, many of whom are seeking financing, and many of whom meet new investors through Vator, and importantly learn about entrepreneurship. Want to be part of the revolution? Join Vator.

Editor's Note: See our archives of Splash talks, featuring past speakers from Peter Thiel, Mark Pincus (Zynga), Tony Hsieh (Zappos), Kevin Hartz (Eventbrite), Aaron Levie (Box), Dick Costolo (Twitter) and more share their lessons and advice on building and scaling a starup. At Splash LA, we'll hear lessons learned from Josh Berman (Founder, CEO of Beachmint) and Paul Thelen (Founder and CEO of Big Fish Games). If you're in LA on the evening of May 30, come join us. Register here.)

What are the ramifications of this? It could be that millenials will bring more value to a future job.

"This [experience and track record] is what employers are looking for," said Schawbel. "Someone can take classes and get a good GPA, but employers want someone who has a testimonial.

The future of work is in the work itself." 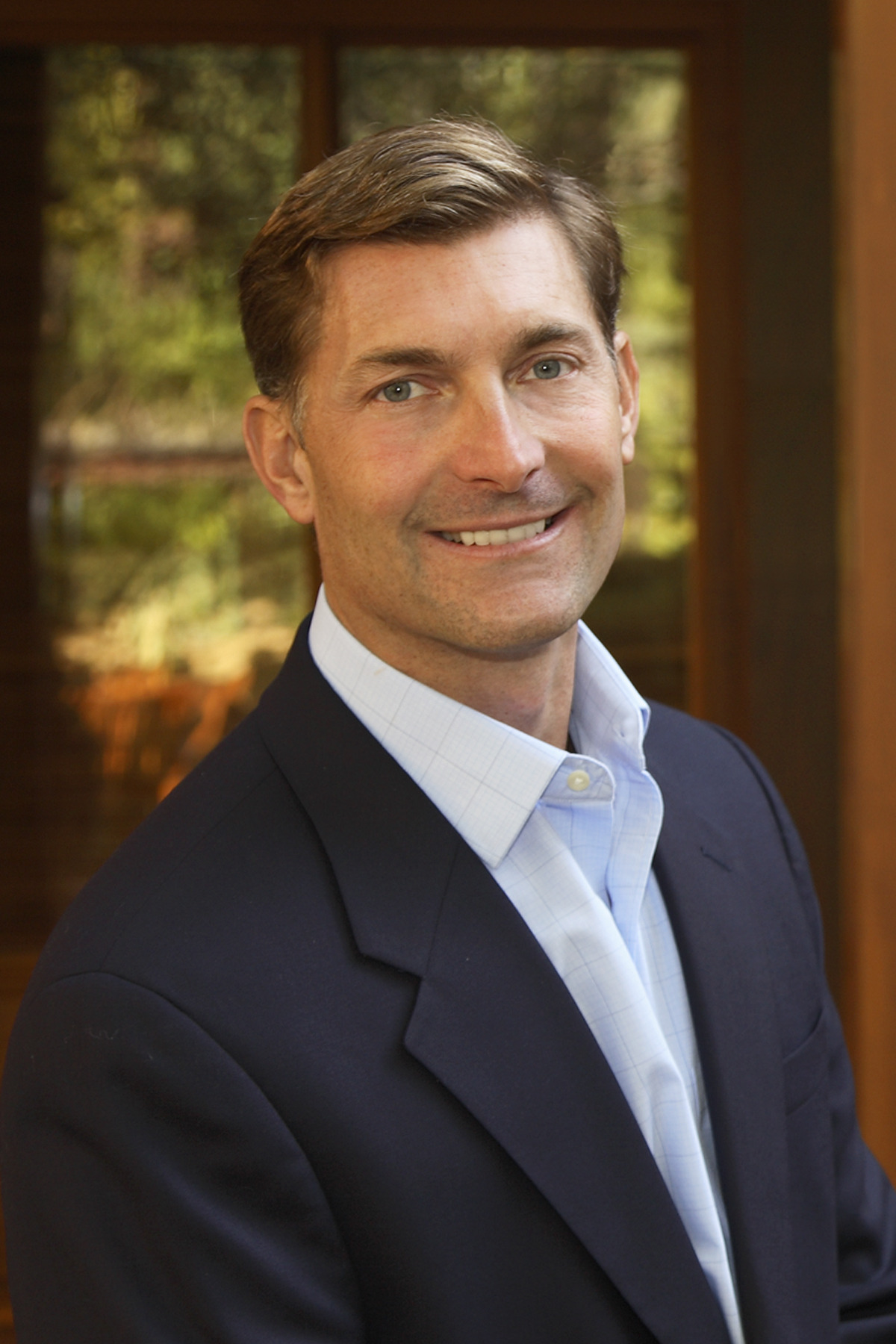