Fwd.us, backed by Mayer, Schmidt, Musk and others, will also take on education and research 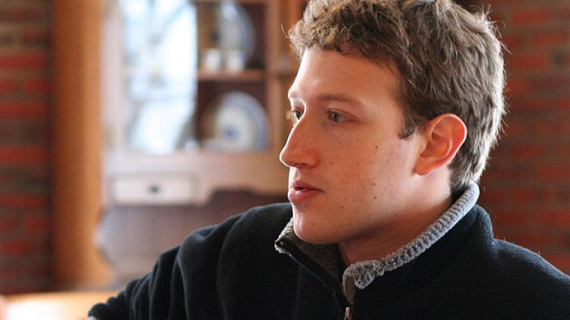 Facebook CEO Mark Zuckerberg  is no stranger to political involvement. He has been especially active in getting education reform passed in New Jersey, founding the Startup: Education foundation in Newark in 2010, and personally donating $100 million to the Newark public school system. Most recently he held a fundraiser for New Jersey Governor Chris Christie in February.

Now, it seems, Zuckerberg wants to make a difference on a national level as well, and he has co-founded a new political action committee, called FWD.us, to do just that.

The PAC will begin its focus on immigration reform, Zuckerberg revealed in an op-ed in the Washington Post on Thursday, but will also attempt to tackle education reform and science funding in the future, as a way to keep American competitive in the current economy.

Focusing on immigration, Zuckerberg noted that that his grandparents who "came through Ellis Island," could only be successful with a "welcoming immigration policy, a great education system and the world’s leading scientific community that created the Internet."

The world, and the economy, have changed since then, but America has failed to keep up.

"The economy of the last century was primarily based on natural resources, industrial machines and manual labor. Many of these resources were zero-sum and controlled by companies. If someone else had an oil field, then you did not. There were only so many oil fields, and only so much wealth could be created from them," he wrote.

"Today’s economy is very different. It is based primarily on knowledge and ideas — resources that are renewable and available to everyone. Unlike oil fields, someone else knowing something doesn’t prevent you from knowing it, too. In fact, the more people who know something, the better educated and trained we all are, the more productive we become, and the better off everyone in our nation can be."

Translation: we need the most talented people to be working in America, and that is not going to be the case if we educate them and then kick them out.

That is why, he wrote, we need a new approach that includes comprehensive immigration reform, with "effective border security," but one that also "allows a path to citizenship and lets us attract the most talented and hardest-working people, no matter where they were born."

Along with immigration reform, Zuckerberg also noted that America needs to beef up its education in science, technology, engineering and math, and to invest more in "breakthrough discoveries in scientific research and assurance that the benefits of the inventions belong to the public and not just to the few."

FWD.org will work to make these changes by sitting down with both Democratic and Republican officials at all levels of government, from members of Congress, as well as the White House, state and local officials.

"We will use online and offline advocacy tools to build support for policy changes, and we will strongly support those willing to take the tough stands necessary to promote these policies in Washington," said Zuckerberg.

Let's be honest here: FWD.us has some lofty goals, and these issues, especially immigration reform, are hot button topics that get people quite heated on both sides. So this is going to be pretty big task for it to pull off.

But there is one big advantage that FWD.us has: a ton of firepower behind it. The foundation was founded, and is backed, by what amounts to a team of tech all-stars.

Some of the Fwd.us founders include Ron Conway; John Doerr, General Partner at Kleiner Perkins Caufield & Byers; Reid Hoffman, Co-Founder and Executive Chairman of LinkedIn; and Drew Houston, Founder and CEO of Dropbox.

"Across America, creative, hardworking people in coffee shops, dorm rooms and garages are creating the next era of growth. Let’s embrace our future as a knowledge economy and help them — and all of us — reach our full potential," said Zuckerberg. 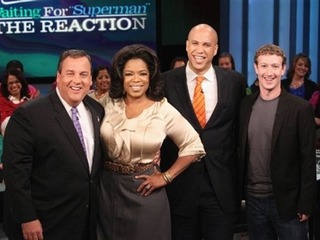