MLB and Qualcomm team up to fix stadium connectivity

Qualcomm will build out access to WiFi, 3G and 4G networks in all 30 ballparks 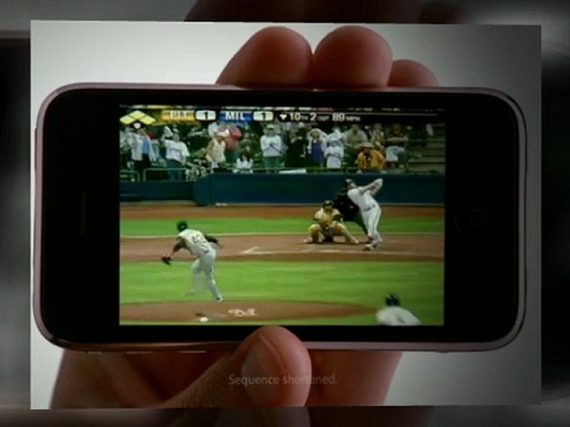 Is there anything better than spending a lazy Sunday at the ballpark? Sitting outdoors, getting some sun, watching a good baseball game. It's basically the perfect day. Unless you simply can't pay attention to what's happening on the field and you just have to see what's happening on Facebook. Because what would you do if you missed the latest Grumpy Cat meme by a couple of hours?

Here's the problem for the people who want to live tweet their baseball experience: as with any crowded area, whenever everyone is trying to use their phone at once, the service is going to inevitably slow down. (Or you could just try going to see an A's game. With two-thirds of the seats empty, I doubt you'd have much of a problem! I kid, I kid!)

To finally improve the situation, MLB Advanced Media (MLBAM), the interactive media and Internet subsidiary of Major League Baseball, has entered into a multi-year partnership with Qualcomm "to survey, plan and optimize mobile network connectivity for fans at supported MLB ballparks," it was announced Thursday.

The financial terms of the deal have not been disclosed.

As per the deal, Qualcomm will become an official technology partner of MLBAM and will be assessing and planning out how to best build out access to WiFi, 3G and 4G networks in each ballpark over the next two years. In addition to optimizing connectivity, MLBAM is also planning to use the access to deliver additional content to ballpark visitors, though there were no details on what kind of content they are talking about (Perhaps instant replays sent to your phone? Coupons for foods and drinks?)

Qualcomm noted that it has experience with optimizing connectivity at sporting events, having done so at the Super Bowl, Olympics, national conventions, and NCAA championship games.

"Mobile data traffic is exploding, particularly in high-traffic areas such as Major League Baseball ballparks," Anand Chandrasekher , senior vice president and chief marketing officer at Qualcomm, said in a statement. "Qualcomm has been preparing for an astounding 1000x increase in data demand, and we are leading the charge with MLBAM to provide passionate baseball fans with access to digital content, resulting in unparalleled in-ballpark experiences."

This is not the first time that Major League Baseball has turned to mobile technology to update the game. In January, the MLB signed a deal with T-Mobile to dump the old landline phones that connected to the bullpen, in favor of cell phones. But this is the first time that the game has extended the technology to its fans, in a realization of how the world, and the way we watch things, is rapidly changing.

Let's be honest here. I think we'd all be better off if we would switch off the phones for a few hours, sit back and watch a good pitcher's duel. But that's not the world we live in, and MLB has realized that it needs to get with the times or it will be left behind.

"Collaborating with an industry leader such as Qualcomm is a critical step in understanding and executing on the engineering challenges to achieve scalable, reliable in-venue connectivity," Joe Inzerillo , MLBAM senior vice president, content technology and chief technology officer, said in a statement. "Consumer demand continues its ascension as the majority of MLB.com traffic comes from mobile devices, a line our fans first crossed in July 2010. Qualcomm's experience and expertise will be a valuable resource in this process."