The Adria Richards saga has geeks up in arms; Alexis Ohanian tells them to cool it 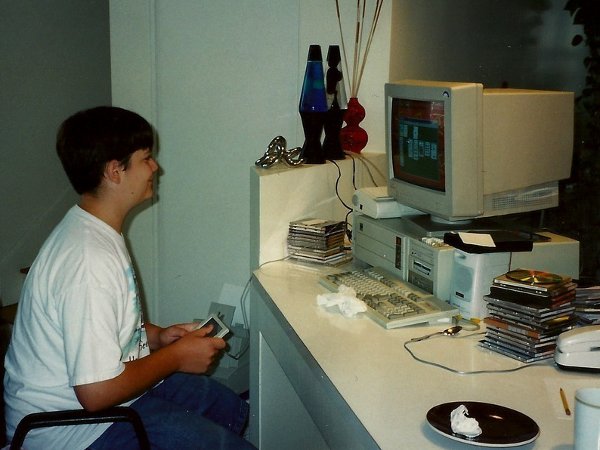 At this point, the Adria Richards story has transmogrified into something else entirely. What started as the story about a developer evangelist who may or may not have overreacted to some inappropriate dongle jokes has morphed into a story about how more or less the entire tech community reared up and attempted to emotionally destroy one woman for complaining about a bad joke.

Now, Reddit co-founder, activist, and self-proclaimed geek Alexis Ohanian is speaking out against the unbridled nerd rage directed at Adria Richards. In a blog post titled “Dear Fellow Geeks: WTF?” Ohanian calls on the geek community to stop with the vengeful sexist name-calling.

“Aren’t we better than this?” wrote Ohanian. “I’m not talking about the trolls. There will always be frenzied agitators who are just mashing away on their keyboard, trying to outrage people. I'm talking about how many (otherwise reasonable-seeming) people I saw who were comfortable and self-righteous in calling a woman a bitch/cunt/etc from their Twitter, Hacker News, or, yes, reddit account. Stop.”

Indeed, you don’t have to go far into a reddit search to find sexist slurs aimed at Adria Richards. There was this gem: “Adria Richards, the self-important cunt who got a man fired for making a dongle joke at PyCon, was in turn fired by her employer SendGrid.”

And then there was this response: “That cunt deserved to get fired. Poor guy just being a guy. Thanks for ruining it for the rest of us!”

The overall sentiment on reddit is one of general outrage over Adria Richards’s actions, with many reddit users voicing support over SendGrid’s decision to fire Richards.

And to make matters worse, SendGrid’s decision to fire Richards (the legality of which is questionable) reaffirms the reality that women will be punished for speaking out against sexism in the tech world.

“Our community has largely been defined by not-poor straight white men over the years,” wrote Ohanian, referring to the geek community, “but it's growing more diverse every day as kids get excited about technology and adults realize our industry is fast-growing and valuable. This is a wonderful thing, but it also means that there will be a wider range of reactions and more potential for miscommunication. In other words, we have many more opportunities to decide whether we 1) belittle and ostracize people for being different from us or 2) react with empathy, patience, and kindness.”

(The adorable image above is a shot of a young, geeky Alexis Ohanian.) 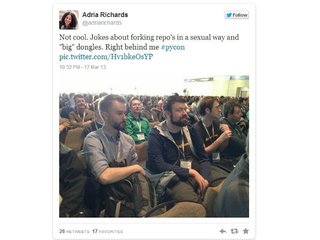 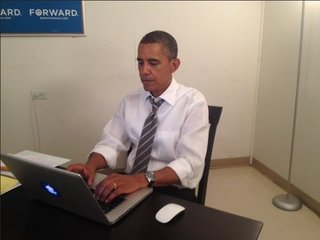