Socialize is being acquired by ShareThis 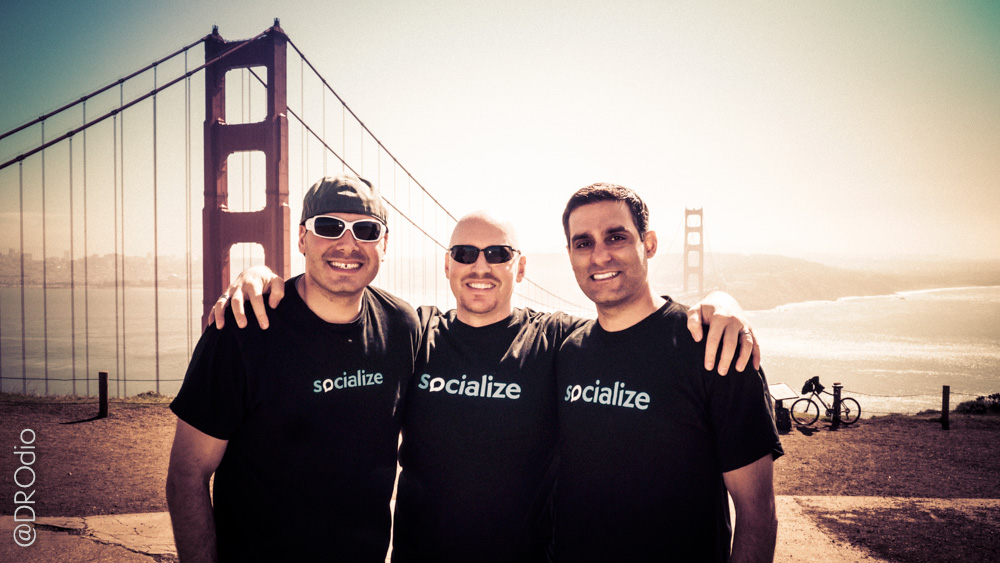 As has been reported, we've just signed a deal to sell our startup Socialize to ShareThis.  Although having a successful exit is a dream for many entrepreneurs, I find myself feeling a wide range of emotions and thoughts.  I'd like to share some of them in this blog to provide an honest assessment of what it's like to work tirelessly on a startup and then sell it.

The first thing I want to say is that often upon a sale, you'll hear everyone involved talk about how "pumped" or "excited" they are.  The truth of the matter is that it's much more complex than that.  There is absolutely a sense of excitement.  But I've asked for, and gotten, permission from ShareThis to speak honestly about the wide range of feelings and to speak to the complexity of it all so I can provide a more thoughtful and honest assessment than one typically sees in these situations.  Think of it as a peek under the covers of an acquisition.

I've broken this blog up into several parts:

I'll start with the really positive aspects:  We're selling Socialize to the absolute best buyer I can imagine.  ShareThis is a very fast-growing company with a strong team.  As Forbes recently reported, ShareThis is #35 on its America’s Most Promising Companies list.  Forbes pegged 2012 revenue at $30MM, and it’s on a rocketship-like growth trajectory.  ShareThis didn't just buy us for our talent, but also because its beliefs around the value of social are closely aligned with our own, and because mobile is becoming a big part of its business (see this related blog post with my warning to Fortune 1000 CEOs about the sudden growth of mobile).  ShareThis wanted to gain an immediate leadership position in social via the mobile channel, and with Socialize it's achieved that.  And Socialize has gotten an incredible platform from which to further develop our social infrastructure for mobile devices.  The fit just couldn't be better.  Often when I would describe Socialize to people, they would say "so it's like ShareThis, but for mobile, right?"  Exactly.  So I'm very confident that together, the value of the two companies will be greater than their respective parts, and I'm very pleased that ShareThis saw the same benefits (dare I say, "synergies").  A lot of the credit here goes to Nanda, ShareThis' CTO, who called me out of the blue one day and said "we should do this deal; I know it'll be perfect," and to the ShareThis team for backing Nanda's vision.

I'd also like to highlight is the tireless work of the deal team that made this happen.  Ezra Roizen ofAckrell Capital, who represented us in the transaction, is hands-down the best deal maker in the valley for technology startups.  He's not like any other banker I've ever met.  He has a background in startups himself, and his ability to creatively work around problems and roadblocks is pure artistic genius.  If you're interested in having someone represent your company well, send me a private message and I'll connect you to Ezra.  An immense thank-you to our investors and advisors as well, who believed in and backed us early on:

Likewise, Andre, Gaurav and Andy at SiliconLegal are the types of attorneys entrepreneurs usually only dream of.  Their boutique firm’s tagline is “Entrepreneurial Legal Counsel,” and they totally get it. SiliconLegal handles an overrepresented amount of deal flow in the valley for its size, yet its rates are startup-friendly.  Pairing Ezra with Gaurav at SiliconLegal was like having a secret weapon.  And a huge thank-you to Kristen Goldstein at Backops, our back-office team, for insisting I meet Andre at SiliconLegal initially, and to her team for expertly handling all of the parts of a startup that the entrepreneur typically neglects:  Accounting, HR, and finance.  If you're not familiar with Backops' model, I recommend connecting with them.  Backops is like a timeshare for back-office talent:  You share slices of time of competent professionals with other entrepreneurs that would typically be inaccessible to you due to cost.  Having your startup house in order before deal time will save you major headaches down the road.

I'd also like to recognize my co-founders Sean and Isaac.  It's hard to put into words how treacherous a startup is in the early stages:  You have to find people that you can work with.  Then you need to have complementary skillsets that create value and don't cause conflict within the team that would cause it to break apart.  While some conflict is healthy, founders need to be able to get along with each other for extended periods of time (years, not months)  under the most stressful circumstances imaginable, all while testing the market with crazy ideas that nobody else believes in (because if they did, they'd be doing it themselves).  Not only were Sean, Isaac and I lucky enough to find each other initially, but we were able to navigate these waters together and become very close friends in the process.  And that's incredible.

The Socialize team has changed a lot over the past four years.  Originally we were called PointAbout (which we sold in 2011 when we decided to move out West).  PointAbout was based in Washington DC, making mobile apps for large brands like The Washington Post, Cars.com, Newsweek and Disney.  There were many people involved back then that have gone on to do other great things in the startup ecosystem, and their involvement back then built the foundation of our business today.  So thank you to all of you -- you know who you are.

When we moved to CA originally, it was due to the success of our first product, AppMakr.  And there was an entirely different group of people involved in that endeavor.  Again, thank you for helping us build the foundation that became Socialize.  You should be very proud of your work.

And a huge thank-you to the rest of the Socialize team--  Jason, Nate and Nick-- for your hard work and dedication to help us achieve some incredible milestones:  Just over 1 year after we launched Socialize, it's been implemented by over 900 apps with over 67 million end users.  It's easy to lose track day-to-day of how much we've done, but take a step back to take a look at it and appreciate what you've helped create.

But most importantly, I'd like to thank the spouses, family and friends of everyone involved in the deal.  We literally could not have done this without your support.  It's impossible to overstate the level of sacrifice you have made for us.  Being an entrepreneur is often romanticized -- especially by those that have yet to try it.  The reality is that it's an incredible, gruesome grind.  It's an emotional roller coaster of epic proportions.  Some days we've felt that we were unstoppable and could conquer the world.  Other days, we've wondered why anyone would ever believe in us.  And our spouses, family, and friends have been at our sides the entire time.

Some examples of how they’ve supported us (that they will likely remember well) include:  Founders & employees not arriving home when they said they would... being woken up with to frantic calls in the middle of the night due to a server that was down or other emergency... us not focusing on whatever they were saying because of some inexorable problem we're trying to solve in our heads... us absentmindedly leaving lights on, pans on the stove, and all sorts of other things that even the most mildly aware person would be capable of handling... all of this, for years on end.  No seriously, for years.  To say they’ve been patient with us is such an understatement that I cringe even writing it.  Thank you spouses, family, and friends, for your never-ending support as we've pursued this crazy dream of ours.

Now, on to some of the thoughts and feelings I'm having about the sale:

The first and most palpable feeling is one of opportunity.  The entire reason we're selling Socialize to ShareThis is because we believe that we can accomplish more, faster, and create more value this way than we can via any other available option.  And so I'm really excited to start that journey.  I'm looking forward to meeting the people at ShareThis that I haven't yet met.  I'm anxious to prove that our thesis is correct.  I already see opportunities in front of us that weren't there before we joined forces.

The second feeling is one of sadness, and loss.  When you work on something for four years, it becomes a deep part of your identity.  I'd imagine that selling a company feels a lot like a parent sending their child off to college.  I hope that I've done everything I can to ensure its success as a part of a larger entity.  I believe every entrepreneur has this feeling when they sell, and I wish it wasn't so taboo to talk about it publicly.  I appreciate that ShareThis was OK with me expressing these feelings in a public way to start that conversation.

I've made it a personal mission to ensure that this acquisition lives up to its promise.  One of the ways I've been doing this is by interviewing other entrepreneurs that have sold their companies to look for best-practices and trends around what elements make an acquisition succeed or fail.  I'll write more on this topic in the future as I implement the things I believe are key to ensuring a successful outcome.

I'm also planning on writing a blog in the future that dissects our company's path in greater detail, and highlights what I believe we did well along with the constructive lessons we learned along the way.

I'd also like to know what questions you have around the acquisition, and what the experience is like.  Just ask me in the comments below and I'll do my best to answer any questions.

And to pre-empt “the question”:  No, I can't talk about the sale price or any of the deal terms.  As is almost always the case, they are confidential to the parties involved.  Let's just say that while the founders can't go buy their own private islands just yet, it was a very meaningful outcome for the hard work we put into the company over four years.

Here are some fun pictures of Isaac, me and Sean ripping open our Socialize shirts to show off the ShareThis shirts underneath.  You can find a full gallery of the photo shoot here.