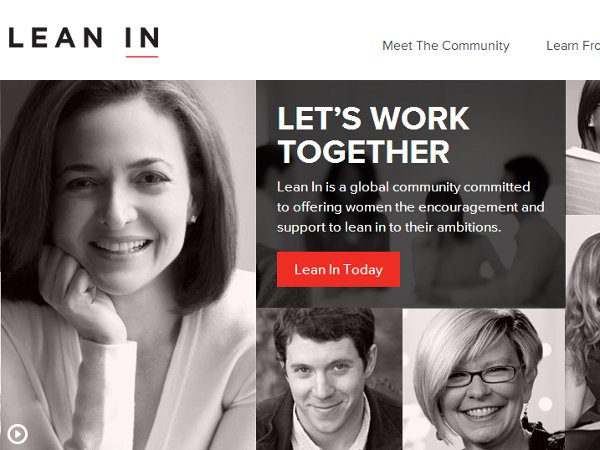 Sheryl Sandberg is the corporate feminist that anti-establishment feminists love to hate, with her “lean in” dictum, which has resulted in accusations of victim-blaming. Many are already working themselves up into a tizzy in the few days left before Sandberg’s new book, Lean In, is released next Monday. But today, Sandberg’s showing that she’s not all optimistic rhetoric. Sandberg applied her social networking savvy to the problem and came up with a solution: LeanIn.org.

The organization allows women to join and create “circles” for the purpose of surrounding themselves with like-minded, ambitious women. The circles resemble a book club in their structure. Each circle is encouraged to meet at least once a month, starting with the Kick-Off meeting, and then alternating between Education meetings and Exploration meetings. Users can watch and discuss online lectures, shares stories and advice, identify shared goals, and so on. The organization urges circles to commit to confidentiality, open and honest communication, and active participation. You can even get “Circle kits” to get started!

“Of course, every individual and every situation is unique. But taken collectively, these stories paint a picture of the shared struggles and obstacles we all face. They allow us to see how stretching for a goal and believing in yourself can pay off,” wrote Sandberg in a blog post.

The term “lean in” refers to Sandberg’s observations that women tend to “lean back” from their careers at the most critical points for fear that they won’t be able to balance career obligations with their obligations as wives and mothers.

Indeed, in corroboration with this observation, Amy Chua—Yale Professor and author of the controversial article “Why Chinese Mothers Are Superior”—added in a comment:

“In the most recent elections for the new officers of the Yale Law Journal – a highly prestigious and surprisingly powerful student organization that can make or break tenure decisions by whose articles they accept – seven men and zero (!) women ran for Editor-in-Chief, and the new executive board consisted of seven white males. While all seven are lovely and well-deserving, the last time we had an all-male executive team at Yale Law was in 2001, and before that 1984! (I was an executive editor of the analogous Harvard Law Review in 1986-7). As a result, I’ve decided to change my strategy. Instead of hemming and hawing and balancing considerations, I’m now telling my women students to just go for it, run for office, take the chance – in short, lean in.”

Of course, it’s more complicated than that, what with women earning two-thirds of what men make while men enjoy more leisure time than women in every one of the 18 countries examined by the OECD—even super progressive Norway. It's hard to lean in when you're broke and crunched for time.

And that, of course, if why Sandberg’s advice to just “lean in” is inciting so much controversy. But at least LeanIn.org is going beyond happy advice by getting women to start organizing and networking. 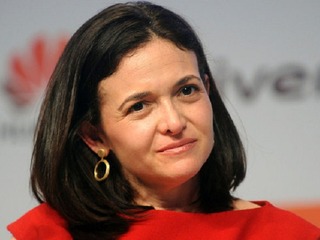 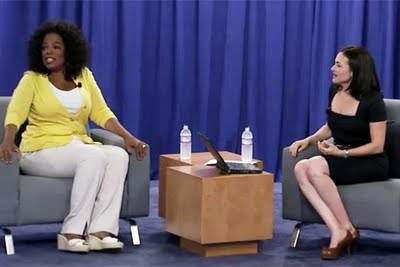