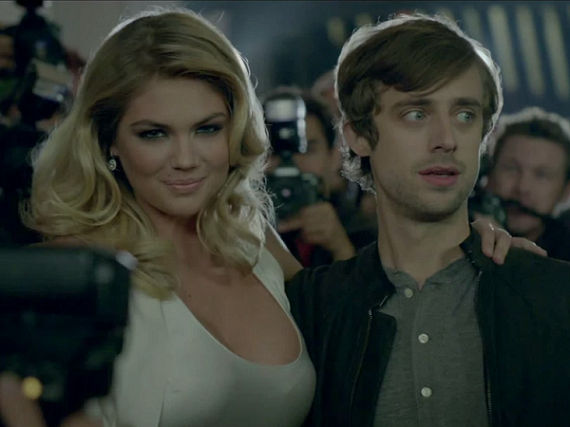 It doesn't happen that often, but very once in a while a Super Bowl commercial is so successful that it actually becomes part of the cultural lexicon. Think the Budweiser Frogs or Apple's 1984 commercial or last year's Halftime in America ad for Chrysler, with a scowling Clint Eastwood touting the recovery of the American auto industry.

Will any of the commercials this year be that big cultural moment that everyone talks about? More importantly, will any of them inspire another hilarious SNL parody?

Let's take a look at some of the ads that have already be leaked online:

For all you Breaking Bad and/or Judd Apatow fans out there, Samsung put out this commercial featuring Seth Rogen, Paul Rudd and Bob Odenkirk. Will you be rooting for the "50-minus-1ers" or the "Black Birds" on Sunday?

There was a lot of ridiculous talk about that preview commercial for Mercedes-Benz being "too sexy" simply because Kate Upton was in it, despite there being more shots of the car than there were of her! Well, Mercedes seems to have some to its senses, releasing a longer, and much-better, commercial, this time featuring even less Kate Upton, but more Usher and Willem Dafoe. I must say that it was a wise decision.

Continuing with the "car commercials as tiny mortality plays," this time it is The Big Bang Theory star Kaley Cuoco reminding you to be careful what you wish for.

Then there is this ad from Doritos. It doesn't feature any celebrities but at least it continues the company's dog theme that is has incorporated the last two years with its Man's Best Friend and Pug Attack commercials:

And, of course, what would the world be without some amount of controversy?

These two commercials have already been accused of being racist, the first for being "like blackface with voices" and the second for portraying Arabs as having "no chance to win in the world." Those are some pretty harsh criticisms, so you be the judge as to whether or not they are valid.

So, did any of these commercials strike you as the thing everyone will be talking about around the watercooler on Monday, or are you hoping that they saved their best commercials for the big game? 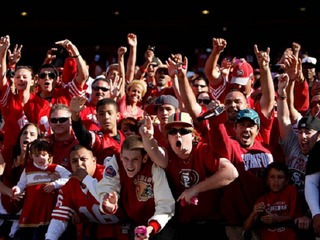 Social media bets on 49ers to win the Super Bowl