With an IPO around the corner, what's next for Lending Club? 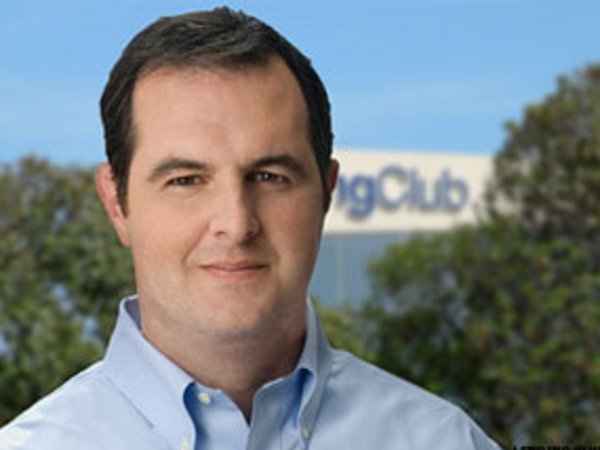 One of the glories of the Internet is the way in which fledgling online startups are disrupting entire industries by cutting out the middlemen, putting their storefront online rather than on a street corner, and using social media to get the word out. The savings can be passed onto the consumer without putting a dent in the company’s margins, which makes quality goods and services available to the masses—rather than the wealthy few who can afford them.

We’re seeing it with everything from retail (JustFab) and prescription glasses (Warby Parker) to healthcare (drchrono) and education (Khan Academy). And now Lending Club is tackling the banking industry.

The Problem with Credit Cards

One of the grave injustices of the current credit system is the fact that you, as a consumer, do not exist unless you play with fire. That means you can’t buy a house unless you have a credit card that you use regularly—a credit card that typically charges astronomical interest rates that can get as high as 36%.

“Credit cards are very profitable for banks, but not very good for consumers,” said Lending Club CEO Renaud LaPlanche, in an interview. “You can keep making the minimum payment and it will take you 20 years to pay off the balance. What we offer is a more responsible product.”

Those heavy hitters are drawn to Lending Club’s remarkably efficient platform, which uses peer-to-peer lending to benefit both the investor and the consumer. Only Prime and Super-prime loans are issued, so only the top 10% of applicants qualify, which has resulted in 21 consecutive quarters of positive returns for investors.

It’s a fairly straightforward process. The company allows investors to join the platform and lend money in A, B, or C notes, while borrowers can take out loans of up to $35,000 at interest rates far lower than those of traditional banks.  The average A1 grade loan on Lending Club comes with an interest rate of 6.78%, compared with the national average of 9.8%.

Why is Lending Club so efficient? For a number of reasons, the first being that its service is entirely online.

“The banking industry was built over many decades since the beginning of the last century. The strategy of banks was to have branches at every street corner, making themselves very visible to get more deposits,” LaPlanche explained. “At lending club, we’ve built a very efficient technology infrastructure. It’s a low cost system with no branches—we operate in a way that’s fully automated and fully online. We use technology to lower our costs.”

LaPlanche went on to explain that in the banking sector, efficiency is measured by operating ratio: marketing costs divided by loans outstanding. That usually translates to about 5% to 7%. So if the bank makes a $100 loan, it costs them $5 to $7. Lending Club, by comparison, has an operating ratio of just 2%, so if it issues a loan of $100, it only costs the company $2 to do so.

As a result, the cost savings for Lending Club translate to lower interest rates for borrowers with the best credit history.

But is this really disrupting the banking industry? Banks base their interest rates on the amount of risk they’re taking on by issuing credit cards to a large population of people with mixed credit. Virtually anyone can get a credit card, while Lending Club only issues loans to those with the best credit history.

But what about those people who were unfortunate enough to buy a house at the peak of the market and then found themselves out of a job a year later? There are plenty of responsible consumers out there who took a major hit to their credit in the last few years, through no fault of their own. So is Lending Club really disrupting the banking industry, or has it just developed a platform that works really well for a select group of lucky people?

“That’s a fair question,” said LaPlanche. “We started with a very specific product for a very specific population. We make 3-year or 5-year personal loans for people with good credit. It’s a more efficient, affordable product with a lower interest rate. That was our first product. Now we’re getting ready to roll out other products to more people who may have a different credit quality—like personal loans, student loans, and mortgages.”

It’s a risky challenge to undertake for a company that has found success as an issuer of loans to the most trustworthy consumers. What does it do in the event that it issues a student loan and the borrower defaults? Will it necessarily have to inflate its interest rates to cover the risk?

“Student loans are generally pretty low yield,” said LaPlanche. “There are several data points we can use for underwriting. The best way to gauge credit is to look at a person’s credit history. For students [who typically don’t have much of a credit history], we can look at academic records, or we can get a co-signer.”

LaPlanche recently confirmed that Lending Club is looking to go public in the next 18-24 months. So the question is, why? Lending Club is now issuing $100 million in loans a month and taking home $5 million a month in revenue.

“We don’t need financing, we’re generating cash every month,” said LaPlanche. “The main reason in our case would be for awareness. We’re building a very strong consumer brand. Going public will make it even more public and transparent.”

Come check out Renaud LaPlanche at Vator Splash in San Francisco on February 13.