Over 1.7 billion apps were downloaded, 50 million devices were activated for record-breaking week 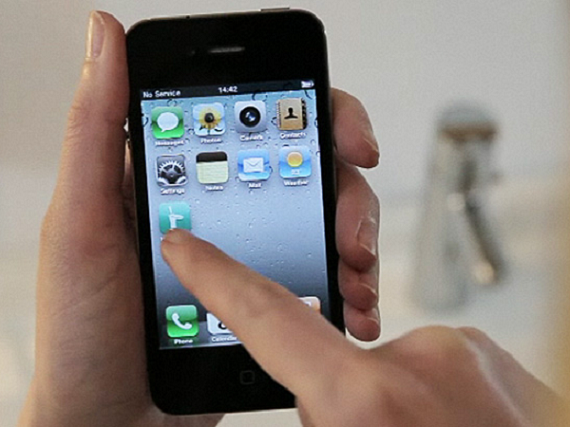 Oh man, did December turn out to be a great month for app developers!

More than 50 million new iOS and Android devices were activated and a 1.76 billion apps were downloaded across the globe between Christmas and New Year's Day, the largest single week ever recorded, Flurry reported Wednesday. Flurry has over 260,000 apps using its analytics software, allowing the company tp "detect over 90% of all new iOS and Android devices activated each day."

The report comes after Flurry reported that Christmas Day saw a record 17.4 million devices activated, and 328 million apps downloaded, the company is now reporting that week following that record breaking day turned out to be historic as well!

From December 4 through the 17, the weekly average number of downloads was 1.07 billion, which means that the week between December 25 and 31 saw an increase of 65%. 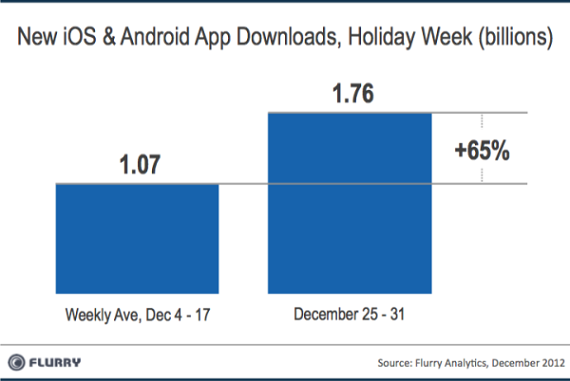 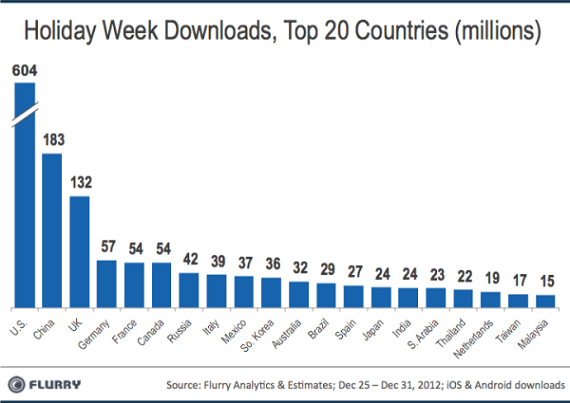 According to Flurry, it was the Christmas season that drove the record number of app downloads, and so it was countries with a majority Christian population, including Canada, Germany, France, Australia, Italy and Mexico, that saw the largest increases over baseline.

For example, even though Japan and South Korea have the number 4 and 5 largest number of activated devices, they only came in at number 14 and 10 for app downloads during the week. Japan does not recognize Christmas as a holiday, and around half of South Koreans identify as non-religious. Russia, Italy and Mexico, on the other hand, all made the top ten in number of app downloads between Christmas and New Years, despite being ranked as number 13, 14 and 15 in activated devices.

A report from market intelligence company ABI Research in November stated that the cumulative revenue brought in by mobile apps would pass $30 billion last year, almost doubling the amount they had brought in in 2011. This included money brought in from pay-per-downloads, in-app purchases, subscriptions, and in-app advertisements.

Over the next year, Flurry says that it expects to see over a billion downloads a week to become the norm, and that there will be a week where over two billion apps are downloaded by the end of 2013.

"Following a year where Google and Apple drove unprecedented adoption of mobile devices, Facebook declared itself a “mobile” company, and Amazon and Microsoft both made significant investments into mobile computing, we look forward to continued record-breaking adoption of smart devices and applications," Flurry wrote.