Total revenue has doubled in only a year 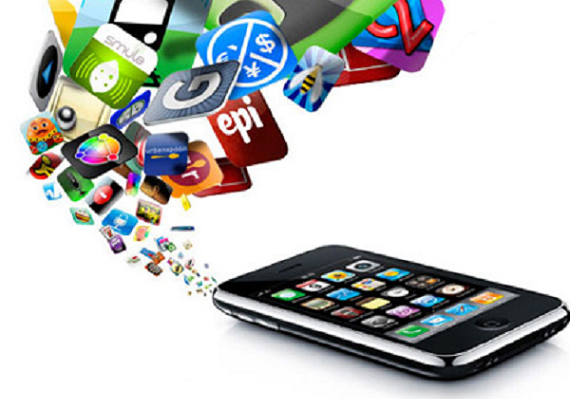 Mobile is where the money is. That much is becoming abundantly clear. But just how much money is being made, and how quickly, might surprise you.

By the end of 2012, the cumulative revenue brought in by mobile apps will pass $30 billion, almost doubling the amount they had brought in only a year ago, market intelligence company ABI Research said Friday.

This includes money brought in from pay-per-downloads, in-app purchases, subscriptions, and in-app advertisements.

“Consumers’ high interest in apps has for long time been obvious from download volumes, but it’s 2012 that will go down in history as the year when the economic side of the business finally took off. We’re no longer talking only about a short-term gold rush. Apps have become a major digital industry,” senior analyst Aapo Markkanen said in a statement.

ABI points to Apple as “the catalyst behind the quest of turning apps into money,” since it “not only came up with a compelling OS, but also with well-executed distribution and billing mechanisms.” But Google is the firm that Markkanen points to as the company stood out the most in 2012.

“Google deserves a lot of credit for rehabilitating its proposition as an app distributor in the past year or so. If the old Android Market was a garage sale of the industry then the new Google Play has begun resembling a respectable department store. We estimate the Android developers’ share of the annual app revenues to set around one-third,” he says.

So, obviously iOS and Android are fighting it out for supremacy. We’ve known that that was the case for a long time. Now the question become: who will be the platform that comes in third?

ABI Research believes it will be either Windows or, of all companies, Research In Motion.

While you might be surprised to see RIM mentioned as a possible player in the app market going forward, there is news coming out Friday that might change your perspective.

National Bank analyst Kris Thompson upped his price target for RIM shares from $12 to $15, citing his belief that there is more money to be made in the stock ahead of the launch of the Blackberry 10 next year, according to a Reuters report Thursday.

This followed Jefferies & Co analyst Peter Misek also raising his rating and price target on the stock on Tuesday.

As a result, RIM stock is up over 15% on Friday, trading at $11.82. Not bad for a company that, earlier this year, had to have its CEO come and deny that it was in a “death spiral.”

Windows and RIM have “clearly made the monetization aspect a key piece in their platform strategies,” says ABI Research, meaning that either the Windows Phone 8 or the BlackBerry 10 can easily lure developers onto the platform.

The push for mobile revenue

No wonder a number of big name Internet properties, including Facebook, Yahoo and Zynga, all made sure to mention how they would be monetizing on mobile following their quarterly earnings reports last month.

Facebook has been on a tear lately trying to make money from its mobile app, even creating an off-site mobile ad network.

If someone uses Facebook to authenticate a website, that person may begin to see targeted ads for other websites or apps.Authentication gives the app the ability to know the identity of a Facebook user, and to read and write data via Facebook's APIs. The app will then use the Facebook data it has access to, including their sex, age, location and Likes, to target advertisements.

The company also introduced mobile ads for apps, which appear in user News Feeds as what looks like suggestions, or recommendations, for which apps a user may like.

So far, the ads seem to be working, as CEO Mark Zuckerberg has said that these integrated ads are already performing better than the right hand column ads that appear on Facebook’s desktop version.

The competition for mobile revenue has become so fierce, though, that simply having a plan to monetize on mobile is not enough. The plan has to be specific, and targeted.

Zynga, for example, also laid out a strategy for mobile, with plans to launch two new Web and, and four new mobile games, per quarter.

“We think multiple expansion is unlikely given a tougher marketing environment for Zynga games on Facebook going forward and mobile (off Facebook) monetization remains less than half of web (primarily Facebook games) monetization levels.”