Instagram got a stocking full of coal this Christmas

Photo sharing app lost 4M users; could its terms of service scandal have come back to bite it? 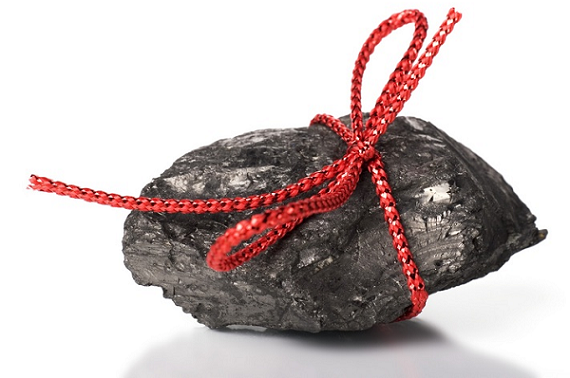 Instagram caused a big stink a couple of weeks ago when it updated its policy changes. And though it quickly changed them back, some data that has recrntly come out from the holiday season might be showing some lingering effects from the backlash that the photo sharing app received.

Instagram lost four million daily active users, nearly a quarter of its userbase, from  December 19 through December 26, according to AppData. During that time, the number of daily users dropped to 12.4 million from 16.4 million. On Christmas Day alone the site lost 2.6 million DAUS, going from 15.1 million to 12.5 million. Overall DAUs are down 3.5 million in the last seven days.

And, according to the New York Post, who first reported on the drop, that is due to the changes to Instagram's terms of service in the week before Christmas.

The backlash was fierce and, I must say, quite sudden. It was so bad, in fact, that Instagram CEO Kevin Systrom actually wrote a blogpost on December 20 apologizing to fans, and saying that the company would be reverting back to its original terms of service from October 2010.

But does this reasoning hold up? And are the numbers as bad as they seem?

First, let us put these numbers in some context by comparing them to the numbers put up during Thanksgiving of this year.

Thanksgiving was a record setting day for Instagram. There were more than 10 million photos with Thanksgiving-themed words in their captions that were shared.

"For several hours throughout the day, more than 200 photos about Thanksgiving were posted every second. Overall, the day broke all Instagram records as we saw the number of shared photos more than double from the day before, making it our busiest day so far," Instagram wrote in a blogpost.

So, based on those numbers, holidays would seem like a time where people typically use photo sharing services, especially Instagram, more and not less. With that in mind, a drop in users on Christmas seems even more ominous for Instagram.

Not as bad as they seem

The numbers seem pretty bad if you look only at DAUs, but other AppData numbers show that things might not actually be so bad for Instagram.

Also, it should be pointed out that AppData also is only counting those who accessed Instagram though Facebook, and not those who accessed the app directly. So the numbers supplied here do not tell the whole story, and that is the position being taken by Instagram.

"This data is inaccurate. We continue to see strong and steady growth in both registered and active users of Instagram," an Instagram spokesperson told VatorNews.

Without talking to any Instagram users, its hard to tell. My take is, though, that unless this was a concious decision on the part of users to protest the new terms of service, it would seem unlikely that the Instagram policy scandal caused the drop, considering that the changes were dropped five days before the holiday.

There really is no way to know for sure what caused the number of users to drop on Christmas Day, and Instagram does seem to be too worried about it either.