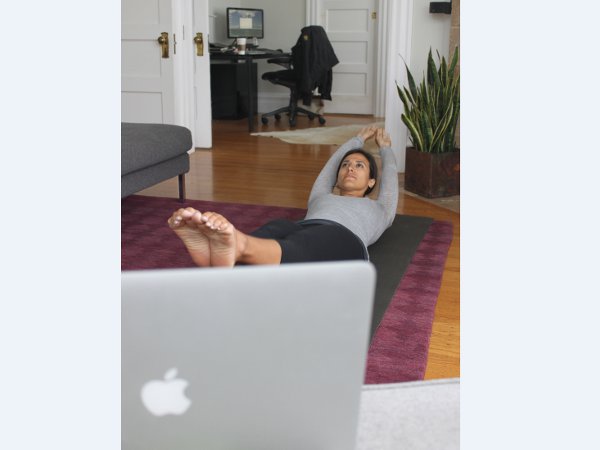 True story: one time, I took a boot camp class, and after 15 minutes, I was red-faced and spluttering, and the 50-something-year-old guy next to me actually said, “maybe you should slow down.”  Not a high point for me.

The gym is rife with opportunities to humiliate yourself, which is why so many people avoid it.  It can also be hard to get motivated to put your cute gym clothes on and get down there when you work and/or have a family.  Enter Wello, which launched back in July to bring personal training sessions into each user’s home via two-way video.  The idea is brilliant: just set your webcam up and find a trainer who’s available when you need them—and a few big name investors think so too.

To recap: Wello allows anyone to find a trainer who can guide them through a 30-60 minute workout in the comfort of their own homes using two-way video.  Users can personalize their search and find a trainer that’s right for them, and once they find a trainer that they like, they can design an exercise regimen.  Co-CEO Ann Scott Plante tells me that users typically go through 1-3 trainers before they land on one they like.

The site has made some changes since launching over the summer.  For one thing, it’s upgraded its video platform to make the interaction even better.  Ann Scott Plante also said that the company no longer allows trainers to define their own prices, but has created a tiered pricing system instead so that customers know what to expect.

Plante and fellow co-CEO Leslie Silverglide have also learned more about their users.

“Basically, there are two types of users: one looking to lose weight and make a lifestyle change—they tend to work with one trainer two to three times a week and get on a schedule.  They’re the type that are really loving the product—they’re more prevalent on the platform,” said Plante.  “The other type is what we loosely call a Busy Professional.  These are people that are doing other things—they may go running one day, may go biking another day, may belong to a gym, maybe they need a boost or want to try something new.”

The site also has some power users—clients that have completed over 40 sessions since the platform launched and use it multiple times a week.

“After launch, we were seeing a lot of great traction and we realized it was a good time to accelerate development.  We had some good early buzz and traction, and we needed a larger team and more resources to market in a big way.  So we decided to do a seed round now, and then next year we’ll do a larger A round,” said Plante.  “We wanted to get a range of investors who could take us to next level, scaling product and bringing it to a larger audience.  We have investors who are seasoned VCs who have seen a lot of companies our stage.”

Forget boring at-home workouts. Wello (http://www.wello.co), the world’s first website offering live personal training over two-way video.. Whether it’s an afternoon yoga break in the office or a core conditioning session in the living room, Wello provides an affordable and easy way to workout with a live fitness professional of your choice.

With Wello, workouts can happen wherever and whenever. All you need is a laptop, webcam and internet connection. Using two-way interactive video, Wello trainers personalize each workout session so that it aligns with their clients’ specific interests and needs. The Wello training team consists of the highest quality fitness professionals from around the country. 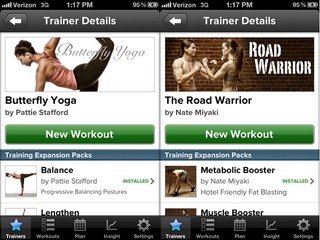 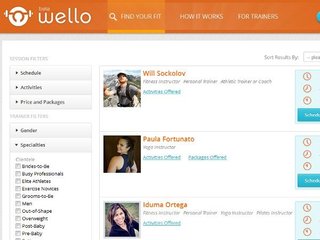