New workouts include yoga and circuit-training, along with personalized trainers 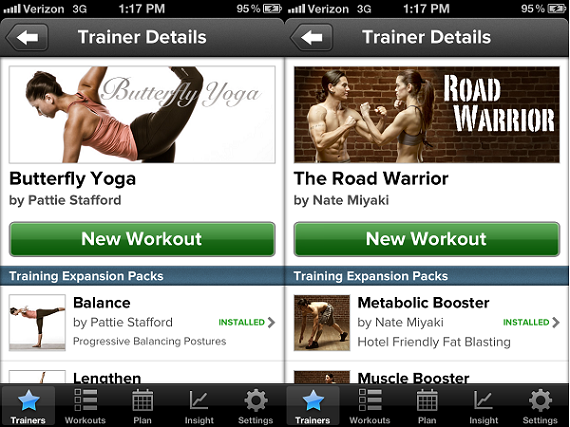 To many, exercise is a dirty word. So many people simply do not have the time, or the motivation, to get up and go to a gym after an eight hour day of work. I’ll admit I am guilty of it myself, but I try to make up for it by walking at least two miles every day. Many people don’t even do that much. But, as new apps pop up that allow us to workout from our homes, those excuses are going to become harder and harder to get away with.

GAIN Fitness is unveiling a new type of workout to its iPhone app, the company announced on Wednesday.

The new version, called GAIN 3.5, now offers two “trainers,” who offer help with specialized types of workouts. Each trainer costs $5-10 flat fee and can be used as often as the user wants. They can be personalized on an individual's time, goal and equipment.

The trainers currently guide users through one of two types of training, called Butterfly Yoga and The Road Warrior.

Butterfly Yoga, as the name suggests offers yoga instruction to improve balance and strength. The Road Warrior training is circuit-based, meaning a more fast-paced and efficient type of workout that can be done anywhere.

In an interview with VatorNews, Nick Gammell, creator and CEO of GAIN, says that he created these new trainers as a way for busy professionals, who may lack the motivation, may be too busy or may not have the knowledge, to workout while on the go.

“Fitness is a common problem many people face,” Gammell says. And these new trainers are there to offer support.

What separates the new workouts from the ones already offered by GAIN is not just that they offer more specialized workouts, but they also offer clearer audio cues, so users do not have to constantly look at their phones during their workout, and they also offer enhanced graphics and better media quality, Gammell says.

GAIN worked closely with personal trainers, including fitness author and bodybuilder Nate Miyaki, “learning their methods and determining their algorithm rules,” as to get a better understanding of how to maximize workouts for users.

GAIN also had photo shoots with the trainers, which were then edited into motion images that tests showed users preferred to video. They preferred to use the app as a reference, rather than always having to look at it during exercise.

“People get bored, both physically and psychologically,” he says. More specialized types of exercises will help change up what the body is doing, and will help bring new people in.

Founded in 2011, San Francisco-based GAIN, raised $650,000 in funding  this past December from InterWest Partners, Keith Rabois, Ben Ling, Michael Tanne, Brent Hurley, Seraph Group, and others. All together, the company has raised a total of $965,000 to date.

The app currently has over 100,000 active users, with the average paying user spending $12.

When asked how apps, such as GAIN, are changing the fitness industry, Gammell pointed to his app as a place where a person would not be forced into one specific type of exercise that was supposedly “the best.”

Apps, on the other hand, give people a choice, and don’t try to pigeonhole them into believing that there is only one type of workout that will help them.

“Fitness doesn’t have to be fragmented,” he said. “It depends on the person which workout will be the best for them.”

The future for GAIN

In addition to workouts that target cardiovascular, as well as upper and lower body strength, GAIN’s new foray will be into the world of social media.

This is something GAIN had been thinking about for a while, Gammell says, but he wanted to “make sure that the core experience was rich and compelling” before diving into new territory.

GAIN 4.0 is expected to be released in the next two to three months, and will focus on having users compare their workout with friends on social media, specifically Facebook. 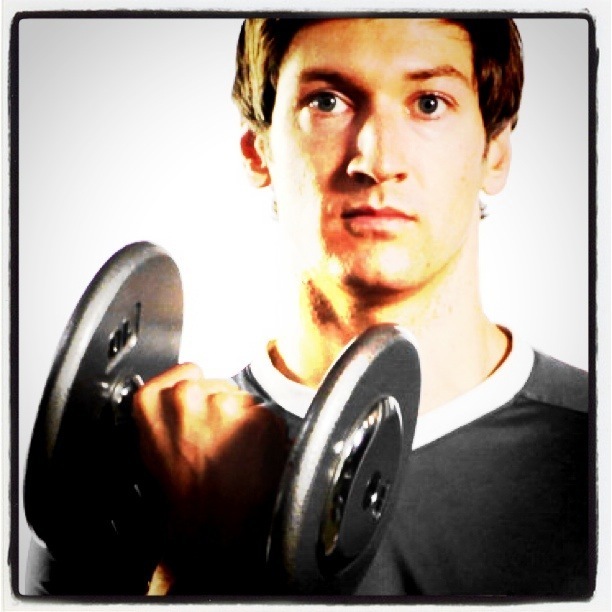 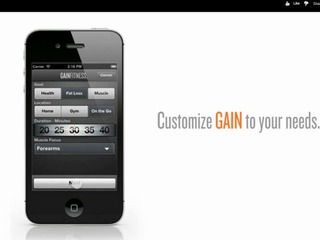 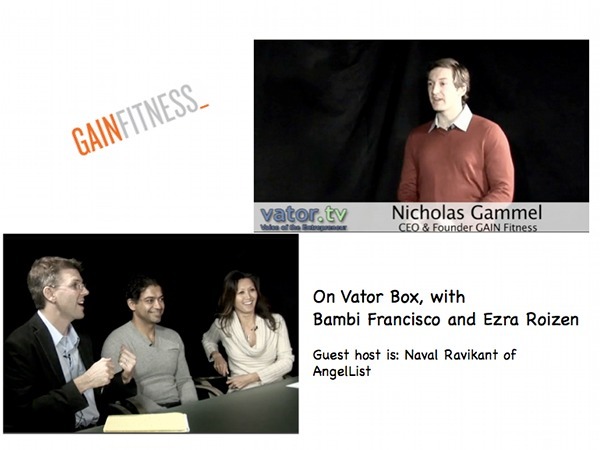 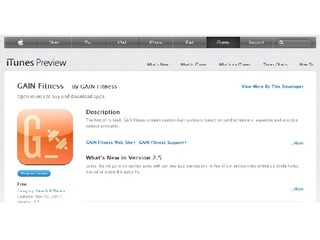