Wanderful buys up iCircular from the Associated Press

Two companies both devoted to putting circulars on mobile devices 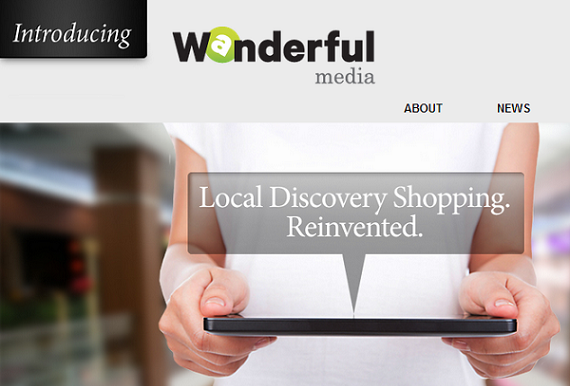 I think that everyone hates newspaper circulars. You know, those fliers that fall out of the newspaper, and are just page after page of coupons? Yeah, some of them are useful, and every once in a while you’ll see one for something you absolutely need right now. But going through all of those pages, and then keeping track of the clipped coupons, is a major pain, and usually not worth it.

Now, two products designed to digitize those annoying circulars are coming together.

Local discovery shopping company Wanderful Media has acquired iCircular from the Associated Press “to broaden its products for mobile devices and tablets,” it was announced Tuesday.

The terms of the deal, which closed on October 30, were not disclosed,  but Ben Smith, CEO of Wanderful Media, said in an interview with VatorNews, that it was a small deal of less than eight figures.

Smith said that there were two reasons that Wanderful chose to purchase iCircular.

First, there is iCircular's experience of working on mobile and tablets for over a year. Wanderful will use the lessons iCircular learned from its mistakes in its revamped platform, which is slated to be rolled out in early 2013.

The second reason that Wanderful made the purchase was so that retailers would only have to deal with one larger company, rather than two smaller ones.

Wanderful Media, which provides a platform that digitizes newspaper circulars, has reach into over 80% of U.S. markets, and helps retailers to bring consumers into local stores by giving consumers a more convenient way to discover local merchandise.

Of the publishers, eight of them, including Hearst, Washington Post and Gannett, are considered major partners with an equal stake in Wanderful. Together they make up majority ownership of the startup. The remaining four media partners have a minority stake.

Wanderful's philosophy, Smith says, is that it believes that consumers need a fun place to find local shopping opportunities.

The company wants to build a new audience, and is focused on making retail and discovery shopping a pleasant experience for its users. That is the reason that Wanderful will be completely overhauling its platform next year.

Right now, Smith said, it looks like the user is reading a circular. The new platform will work more like Pinterest, or The Fancy, and will have a stream of deals.

While eventually Wanderful will start charging retailers to advertise their deals, right now it is free.

This is Wanderful's second aquisition, after purchasing print to digital company Travidia last year. Smith says that the company will be making more aquisitions in the next year and half.

The Associated Press launched iCircular in September 2011, to bridge the digital gap by delivering the traditional weekly circular on mobile devices within trusted local news sources' applications and mobile websites.

The service was initially tested with a group of 40 newspapers, including The New York Daily News, Los Angeles Times and Chicago TribuneMore than 180 publications, and 21 retailers, including Target, Macy's, and Kmart, now run ads on iCircular.

“AP has a long history of driving innovation in the industry and helping advance the mission of our member newspapers,” Gary Pruitt, President and CEO of AP, said in a statement

“The iCircular pilot provided deep insight into how digital circulars could help newspapers generate revenue and connect to consumers in an evolving marketplace. Wanderful Media has strong support from the industry and the market experience to take the concept forward and put it into widespread use.”