Entrepreneurs require the same creative freedom as artists and dissidents 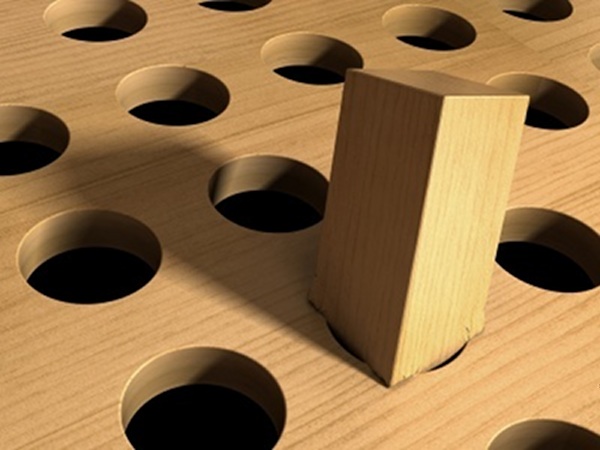 Here’s to the crazy ones. The misfits. The rebels. The troublemakers. The round pegs in the square holes. The ones who see things differently. They’re not fond of rules. And they have no respect for the status quo. You can quote them, disagree with them, glorify or vilify them. About the only thing you can’t do is ignore them. Because they change things. They push the human race forward. While some may see them as the crazy ones, we see genius. Because the people who are crazy enough to think they can change the world, are the ones who do.

If you can’t see the video above click here.

Countries that put their artists and protesters in jail will never succeed in building a successful culture of entrepreneurship.  They will be relegated to creating better mousetraps or cloning other countries’ business models.

When Steve Jobs returned to Apple, he ran the Think Different ads, a brilliant marketing campaign to make Apple’s core customers believe that Apple was still fighting for the brand.

But in hindsight, the ad captured something much more profound.

The crazy ones? The misfits? The rebels? The troublemakers? To celebrate those people as heroes requires a country and culture that tolerates and encourages dissent.

Because without dissent there is no creativity.

Countries that stifle dissent while attempting to encourage entrepreneurship will end up at a competitive disadvantage.

Most startups solve problems in existing markets – making something better than what existed before. Some startups choose to resegment a market – finding an underserved niche in an existing market or providing a good-enough low cost solution.  These are all good businesses, and there’s nothing wrong with founding one of these.

But some small segment of founders are truly artists – they see something no one else does. These entrepreneurs are the ones who want to change “what is” and turn it into “what can be.“ These founders create new ideas and new markets by pushing the boundaries. This concept of creating something that few others see – and the reality distortion field necessary to recruit the team to build it – is at the heart of what these founders do.

Freedom of speech, expression and thought

Entrepreneurs in the United States take for granted our freedom of speech, freedom of expression and freedom of thought. It’s enshrined in our constitution as the first amendment.

In the last few years I’ve traveled to lots of countries that understand that the rise of entrepreneurship will be an economic engine for the 21st century. In several of these countries, the government is pouring enormous sums into building entrepreneurship programs, faculties and even cities. Yet time and again when I ask the local entrepreneurs themselves what questions they have, most often the first question is, “How do I get a visa to the United States?’

For years I thought the reason hands were raised was simply an economic one. The same countries that repress dissent tend to have institutionalized corruption, meaning the quality of your idea isn’t sufficient enough to succeed by itself, you now need new “friends in the right places.” But I now see that these are all part of the same package. It’s hard to focus on being creative when a good part of your creative energies are spent trying to figure out how to work within a system that doesn’t tolerate dissent.