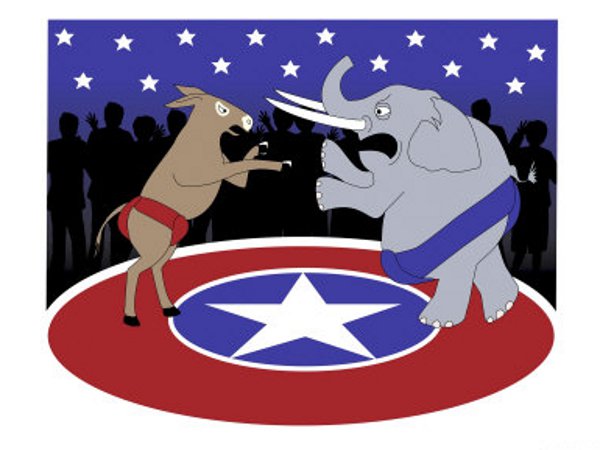 Considering the plethora of Big Bird and binder memes that have bombarded the Web over the last couple of weeks, it would seem like a no-brainer.  But a survey published Friday by the Pew Internet & American Life Project shows that liberals are significantly more active on sites like Facebook and Twitter than conservatives.

To be clear, that doesn’t mean that Democrats are more active than Republicans.  Their numbers are roughly the same, with Democrats taking a miniscule lead when it comes to the use of sites like Facebook (Democrats outpace Republicans on Twitter by six percentage points).  But those who identify as liberals are much more active on social media sites than those who identify as conservative.

In a survey of some 1,900 Internet users, 702 identified as conservative, 667 identified as moderate, and 420 identified as liberal.  But fully 79% of liberals said they use social networking sites like Facebook, compared with 70% of moderates and 63% of conservatives.

A greater proportion of liberals are active on Twitter as well—25%, compared with 16% of moderates and 10% of conservatives.

Why the big chasm between political ideology and party affiliation?  A couple of reasons: 1) as it turns out, there are more than two parties, and 2) you can be a liberal Republican (Log Cabin Republicans) or a conservative Democrat.  And then there are people like Bill O’Reilly, who swear they’re registered Independents.

The kinds of political activities social media users are engaging with online is another interesting topic.  Liberal Democrats are more likely than conservative Republicans to “Like” or promote material related to political or social issues—52% and 42% respectively.  Democrats are also more likely than Independents or Republicans to use social media to encourage others to vote—42% of Democrats have done so, compared with 36% of Republican users and 31% of Independent users.

Republican social media users are more likely to repost content related to political or social issues that was originally posted by someone else, with 39% saying they’ve done this on a social media platform, compared with 34% of Democrats and 31% of Independents.

A quick glance at the Twitter and Facebook activity during the debates gives a clearer picture of what voters are doing and saying on social media platforms.

The first debate earlier this month actually broke the record for the most tweeted live event in Twitter history, racking up 10.3 million tweets in 90 minutes.  This week’s debate saw another huge Twitter turnout with 7.2 million tweets.  Some of the most tweeted terms included Big Bird, with 17,000 tweets-per-minute, “Malarkey,” and of course, binders.

The economy was the most tweeted topic during this week’s debate with 28% of tweets, followed by taxes with 17% of tweets, foreign policy with 16%, energy and environment with 13%, and immigration with 8%.

What would be really interesting is to see how Pinterest users lean, considering its mostly female user base and the fact that the site is all about reposting material rather than creating original content. 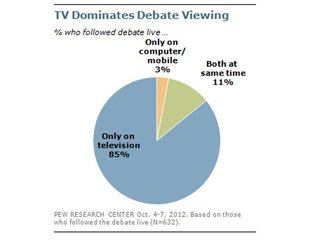 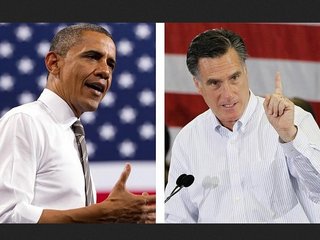 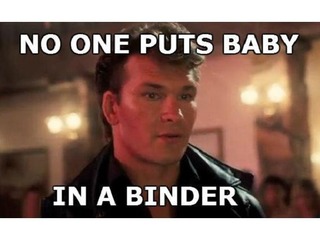 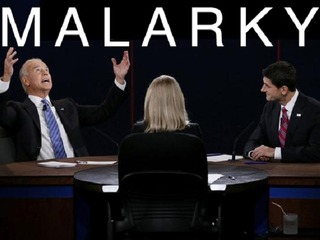 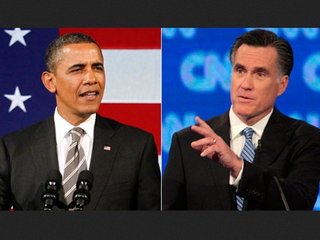 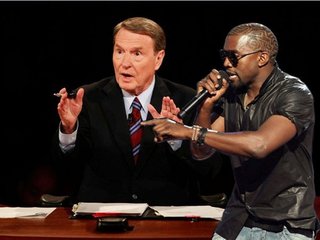