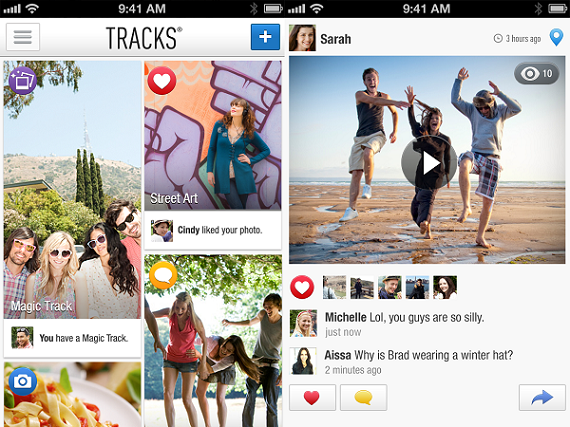 Life can be pretty chaotic, and while you'd think that social networks would help in some way to keep it organized, in fact it almost always the opposite. I have pictures and posts scattered all around my social networks, and half the time I don't know when they were taken or sometimes who the people in them even are.

Tracks, the company that lets users create social networks around events, has launched version 2.0 of its app, it announced Thursday.

While the app previously allowed users to only create closed social networks, available to only a select group of friends, there are two new kinds of Tracks now available that will help to open the app up to a larger group of friends.

One new feature is called Magic Tracks, which will automatically create tracks for that user based on their recent activities and connections. For example, if someone takes a trip to New York City and takes a lot of pictures, a Track will automatically appear for that trip. While users used to have to create their own Tracks, now the work is done for them.

In an interview with VatorNews, Tracks CEO Vic Singh said that while the Tracks will be automatically made for users, they can be rejected, and users still get to choose who gets to see that Track. So while the Track is made for them, users still have the power over what gets seen, and by who.

The purpose of Magic Tracks is to showcase the power of a Track, he said, and to give users content which will inspire them to become authors.

Singh said that there will be five Magic Tracks to begin with, and that more will be rolled out as time goes on.

The other new feature offered on Tracks 2.0 is Joinable Tracks, which offers a feature brand new to Tracks: one that anyone can join. It allows users to set invite only to off, so that anyone on their friend graph can see the content. The Tracks can be broadcast to any other social network, like Facebook and Twitter, and people can join the Track through those other networks.

Joinable Tracks, Singh says, is built around those who make Tracks based around discovery and shared interests, such as fashion, art or food. It allows people to socially track interests and themes.

In addition to its new features, Tracks will now be available on Android for the first time as well.

What does Tracks do?

The Tracks mobile and web service that lets users organize their memories by making micro-social networks around real world experiences, be it a trip they went on, a night out with their friends.

Founded in late 2010, and then launching in June 2011, New York City-based Tracks is available in over 100 countries worldwide. Singh would not say how many people are using the app currently, but that it is seeing 25% monthly growth in usage.

While the company is not yet profitable, Singh sees two ways to monetize. One is to open Joinable Tracks up to brands, allowing them to create Tracks that their fans can then join. The second would be to start offering virtual goods on Tracks.

If this sounds a bit to you like what Facebook does, you are not alone, so I asked Singh how Tracks differentiates itself from other social networks, specifically Facebook Pages.

The difference he said, is that on Facebook Pages, you have one page that simply broadcasts content, which only serves to push people away. A Track, on the other hand, is a collaborative experience between fans and brands.

On top of that, Singh says, every app is a Facebook feature, but there is an opportunity to build each of those features into its own specific app that only does that one thing.

“This is the first time that people are walking around with an always connected camera,” he says, and Tracks wants to capitalize on that. 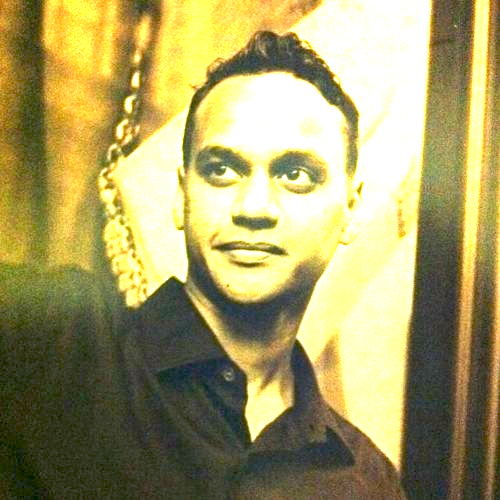 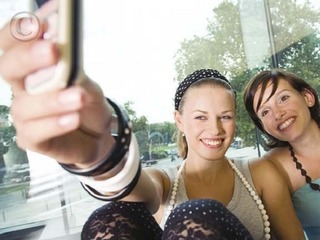