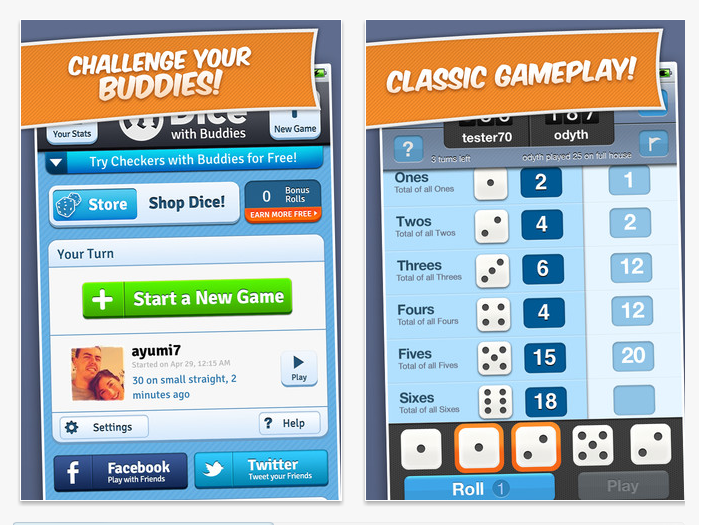 Scopely, a startup that's been in stealth mode for about a year, announced Wednesday that it's raised $8.5 million in seed financing from Anthem Venture Partners, The Chernin Group, Greycroft Venture Partners and New Enterprise Associates.

The funds will be used to build upon its already popular multiplayer games, whose names have a seemingly similar phrasing to Zynga's "with Friends" game franchise.

The With Buddies franchise includes "Dice with Buddies," an asynchronous game similar to Yahtzee in that people roll the dice to get certain combinations. Jewels with Buddies, where the object is to match jewels.

Dice With Buddies, which was rolled out on iOS, Android, and then Facebook over the course of the last year has millions of users playing the game, said Driver, in an interview with me.  Jewels with Buddies, which was launched this summer has hundreds of thousands. Both games attract more female players and derive the bulk of their revenue from in-app purchases and advertising, with a small percentage coming from game downloads.

Driver wouldn't give away many details about Scopely's upcoming game releases, only to say that the company is focused on social games and enabling people to interact with others in unique ways. So a game like Angry Birds, which is very solitary, isn't a type of game Scopely would publish.

Asked what his philosophy is when thinking about what to produce, Driver said: “Most companies in the gaming space tend to think about products from a vertical standpoint, and which have the highest ARPUs (average revenue per user). We’re focused on how we can innovate not on the game genre but on new ways for people to interact."

That focus has clearly brought investors to the table. Samit Varma, a venture capitalist at Anthem Venture Partners, said his team had been looking at a number of mobile gaming companies, from games targeting the Club Penguin demographic to social casino games. But the casual gaming space with asynchronous playing is what caught Anthem's attention.

"Asynchronous play allows you to play on your terms," said Varma, allowing people to start multiple games at the same time and maintain engaged because they can play when they want to. "People are playing 15 to 20 games at a time."

Indeed, in my family, the game "Words with Friends" is constantly being played for that very reason. When someone takes their turn (even after a week), when you're alerted to play your turn, you're engaged again.

In addition, Scopely's approach to making games is pretty simple. They're not trying to build extravagant games like World of Warcraft. The games are simple, any programmer can code it. This low-cost way of building games lowers the risk of overspending on a dud. "We were trying to figure out how to get into this space knowing that it's a hits business," said Varma.

To this end, the focus is on the marketing, virality, and quick iterations of the games.

And, the advantage Scopely has is its understanding of how to get the product to market and the levers to pull to promote the games and keep people engaged.

So what exactly does Scopely do that's so special? "A lot of what they do is held closely by the company," said Varma. "But it's like how do you sell advertising? Do you display ads or integrate between turns? Those nuances have different conversion rates. Also, when do I charge an user or how often can they buy a power-up?"

Apparently, it's the business decisions that go into the game that have made the game attractive to users and advertisers. "We've been impressed with the metrics so far," said Varma, who wouldn't shed any light on what those were.

In the end, as with many startups, the attraction is largely the people behind Scopely.

"The team is what got us," said Varma. "What Walter did was focus on hiring good people... He’s convincing. This allows him to hire the best people. He’s a true founder in communicating his vision."

Big business, but not a hits business

If Scopely executes well, it can have a bright future, given the demand for social mobile games. Just this past May, Gree bought Funzio for $210 million. Zynga bought OMGPOP for its popular social game Draw Something for $200 million in March.

Social games are also big business. It's estimated that worldwide sales for social network games was $4.94 billion last year and will be $6.2 billion this year, according to Casual Games Association. And, according to Crowdpark about 400 million people play online social games.

Clearly, Scopely appears positioned to be a big beneficiary of these dollars. After all, if it weren't, it wouldn't have attracted so many high-profile angels who are betting Scopely can be the mobile version of Zynga, or be acquired for several hundred million in a couple years. 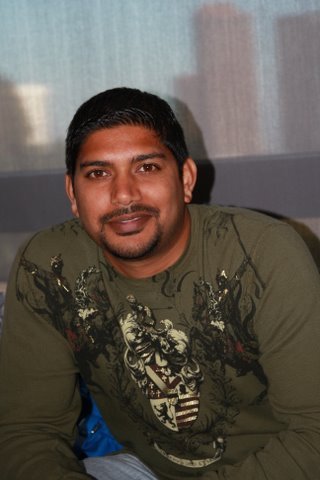