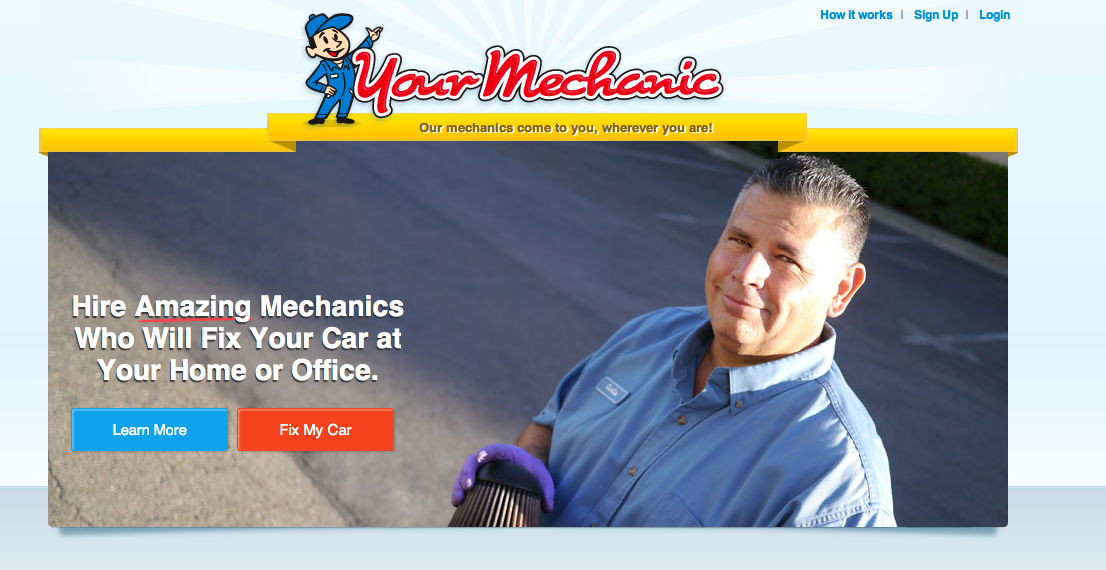 YourMechanic announced Tuesday that it's raised $1.8 million in seed funding from a host of high-profile investors, including Ashton Kutcher, Jeff Clavier, and Y Combinator.

The Mountain View, Calif-based company, which has been in stealth mode for a year, is essentially a platform for auto-repair mechanics to book their own repair jobs and make more money doing so.

"We believe that every mechanic should be part of this platform," said Ari Agrawal, CEO and co-founder of YourMechanic, in an interview. "These mechanics can make three to four times more money [on the platform than working at repair shops]." Mechanics typically take home $20 an hour, said Agrawal. But dealerships charge the consumer $90 to $180 an hour. By taking out the dealership, a mechanic can charge a lot more than $20 an hour, but still be able to give consumers a break on the price.

YourMechanic has also integrated with parts auto-parts suppliers so mechanics can have easy access to supplies. Mechanics also have mobile apps to order parts, process transactions and book repairs.

Since auto facilities have a lot of overhead, YourMechanic believes its mobile technicians are on average 20% to 30% more economical for consumers. It also will be more convenient for consumers since the mechanics go directly to people's homes. And, that's not a problem apparently since four out of five car repairs don't need a facility, said Agrawal.

At the moment, the service is very limited, as it's just rolling out in Mountain View, Palo Alto, San Jose and Menlo Park.